An introduction to the concept of Geliars - warriors of light. The reason I am sharing this with you is to expand your concept of warrior-ship. This is from the Anunakene AllatRa mystery school, and is not incompatible with what D tells us. In fact, there is synergy between Geliars and the Knights Templar lineage. 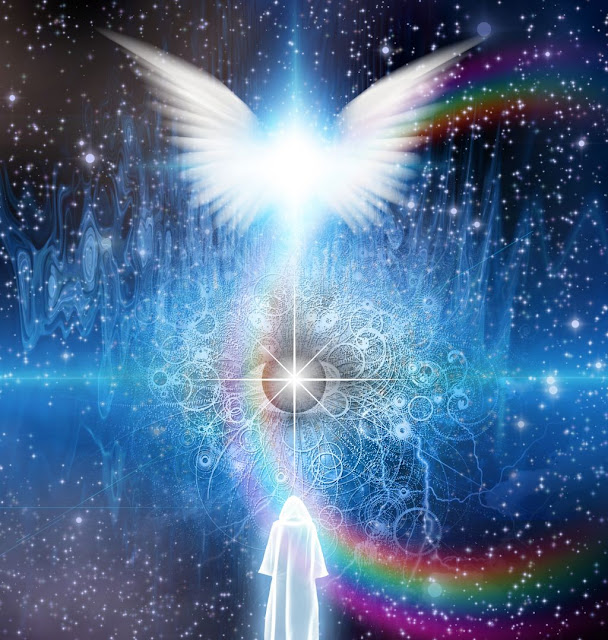 The following extract is from the book Ezoosmos by Anastasia Novykh

To download this and all other available AllatRa books for free go to  books.allatra.org/en.

“There are not only Kanduks with their surrounding but also a lot of other evil creatures on that invisible side. Therefore the task of Geliars was not only to help people to survive but to secure their mind from such parasites so that a human could personally choose his way of development of his Soul.”

“That means to give people a chance to develop themselves in a natural way and to make their personal choice?” specified Sergey.

“Exactly,” nodded Sensei. “Moreover Geliars didn’t push people to the spiritual way, didn’t influence at their belief or choice. They didn’t even start any conversations like Lemboys, Klokhtuns, Iznyls but they acted from another side of consciousness, figuratively saying they protected people from behind. And what is most important due to their activities people experienced natural process of internal spiritual growth and all artificially stimulated things by evil creatures just disappeared like a husk.”

“How did these warriors live? Who were they?” asked Father John.

“They were just good and honest people who lived like any other people. They played such roles in the society in different times which enabled not only to act for the welfare of their Motherland without rising any suspicions but also to realize fully their spiritual potential. For example during the domination of religions Geliars served often in different religious organizations which teachings were typical for the local place where they lived. In Middle Ages for example, in the countries of Western and Central Europe they often served as knights and organized their secret spiritual knights orders. Much later closer to our times they worked in organizations with long-term business trips. A hundred years ago they hid themselves under the cover of some scientists, civil servants or wandering monks – it enables for them to struggle with evils creatures in different regions. So in general they adapted themselves differently in different times. But in fact they were simple people of Knowledge... In principle, their social position if it wasn’t connected with their true activities wasn’t that important for them like for ordinary people. Their main goal was their inner work.”

“Well, they were the true Warriors of Light serving to God...”

Geliars differed from Saints because they didn’t wait for the last fight between the Light and the Darkness, but participated in it here and now. And they not only fought for their soul but helped significantly to millions of other souls contributing to their natural development.

Now before you ask me about who or what Kanduks, Lemboys, etc, are, I'll just tell you to download the book and search it for yourself.

No ... I'm not veering away from the K narrative. In fact, I'm diving deeper.

Notice the first name of the author of the AllatRa books ... Anastasia.

In one of his videos (I'll have to hunt it down), D mentioned a prophecy that it would be a young woman who is the returning saviour. (I think) Her name would be Anastasia. The name means "Resurrection."  BTW, this is often the name of one of Azazael's Incarnate's daughters. Spelt slightly differently.

It may be a coincidence. This redeemer would not necessarily need to be in the public eye for her to have an influence.

The author's last name is Novykh which means New. It is an uncommon last name apparently.

"Novykh is a very rare surname, few people in Russia have the family name and might be arised from Russia. Around 870 people have been found who wears Novykh as their family name." https://www.nameslist.org/surname/Novykh

HOWEVER, guess who DID have Novykh as a last name.