Showing posts from September, 2022
Show All

On Anunnaki and Archons | What Truthers Get Mixed Up 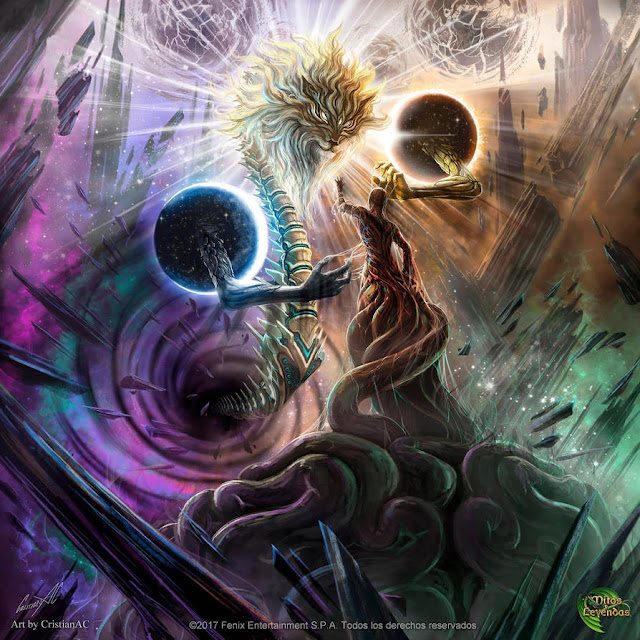 First up, I will state at the outset, that the Anunnaki are NOT archons.  So if you are only interested in validating your own misperception that they ARE the same, then save yourself some time by not reading further. You won't find such validation here.  Now that I've got that off my chest, let's move on. And let's look at the archons first.  From what I've researched and reflected upon, the archons were created, according to Gnostic texts, without a soul ... that is, without the feminine principle. So all the qualities of masculinity are hyper-concentrated in archons, with patriarchal protection at best and toxic-masculine tyranny at worst.  Archons are described as generally having no compassion or empathy, no heart, no caring for others. While they may show nepotistic preferences in promoting their own family and kin, they will also ruthlessly turn on them when it suits their purposes.  The first archon that was created, according to The Secret Book of John , wa
Read this post »

Web of Lies | A Reflection on a Fallen Angel 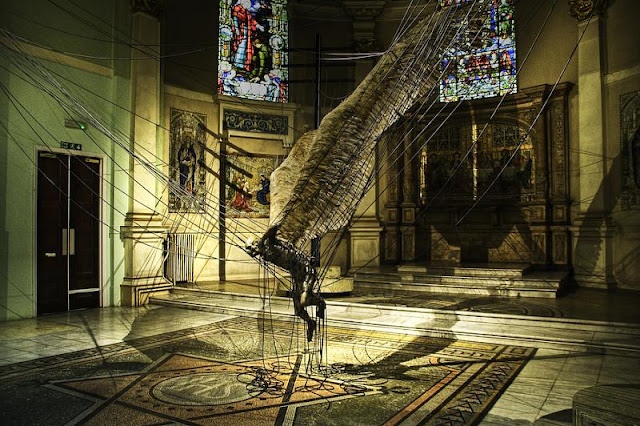 Lucifer by Paul Fryer in the no-longer-active Holy Trinity church in Marylebone, Westminster.  I love this art installation and find it highly evocative and even poignant. My first encounter of this sculpture by Paul Fryer was on social media, where I kept being drawn to it time after time. I went digging on information about it, and came across further images that were just as evocative. Lucifer, as the piece is named, doesn't look too empowered, but snared in wires of technology in a very uncomfortable way. I've always found Lucifer ... the idea of Lucifer as a character (I can't claim to know him personally) ... to be a somewhat tragic and mysteriously misrepresented figure. In our cultural matrix, we are programmed to think in absolute terms ... black and white, good and evil. In the mainstream Christian context Lucifer has been conflated with satan, and the devil. In the Gnostic pre-Christian context, Lucifer has been conflated with Yaldabaoth, the Demiurge, Abraxus, a
Read this post »

UFO on US Logo 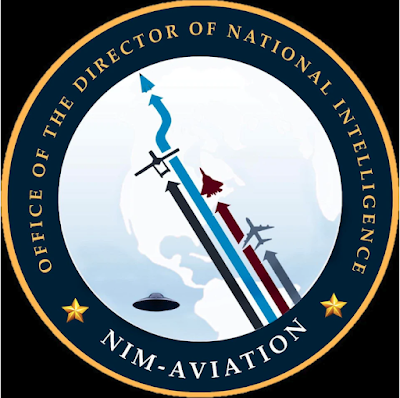 They're making a big deal out of the UFO on this logo, on whether it's a prank or not.  But what I want to know is what the blue line hints at, with the deviation to the right. Methinks it hints at earth-based interstellar travel via wormholes or stargates. From the UK Telegraph. Click on here to go to article. A UFO mysteriously appeared on a US intelligence agency's logo in what officials later suggested had been a mistake. The flying saucer was spotted on the new seal of the National Intelligence Manager-Aviation (NIM-Aviation], the main air element of the Office of the Director of National Intelligence. A spokesman said someone had “erroneously posted an unofficial and incorrect logo", indicating that it may have been an internal prank. NIM-Aviation works to assess potential security threats from the air. It was involved in the compilation of a report to Congress last year on research into UFOs, which are referred to by the Pentagon as unidentified aerial phenomen
Read this post » 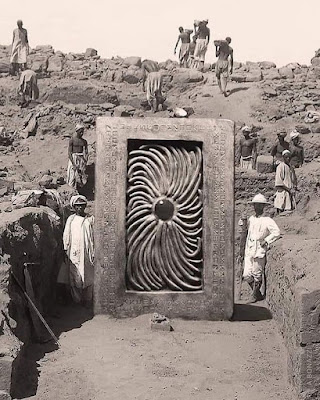 This is a curation of various information where I gather about Stargates as I stumble across them. Right off the mark, let's look at the doctored photos that keep cropping up on social media and in uninformed youtube videos that feature a Lovecraftian type sculpture set in a historical archaeological dig context. These photos were created by Andrea Bonazzi, a Genoa-based multi-media creator who uses these photos as contexts for his sculptures. You can find more about his work on his Facebook page . If you see anyone perpetuating these photos as 'evidence' of historical stargates, please correct them. Navigating the truth is tricky enough without having to deal with intentional misdirections.  In response to my exposure on FB, trusted colleague, KD, wrote:  The one's I've SEEN are invisible to the 3D Eye. But if you take a picture it will show up as a Dark Hole Basketball size. Seen 4 in 3D. Then you have the ones you simply walk into that are invisible but match a
Read this post » 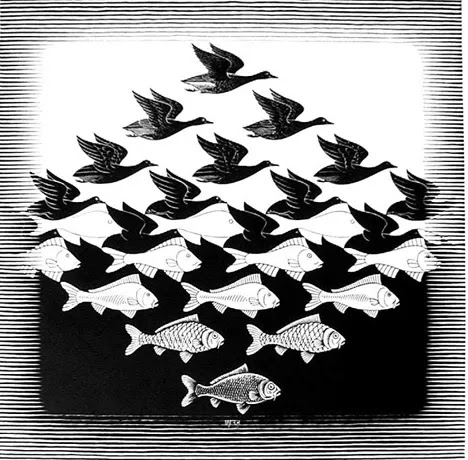 This is an initial foray into sorting out my thoughts on the mechanics of shapeshifting.  Shapeshifting is when the individual you are observing changes appearance, whether as camouflage or observing a being shift from one species into another. Shapeshifting is grounded in a number of concepts that often get muddled. As always, it is useful to define the terminology before beginning a discourse. 1. Changing outer appearance, with props, while remaining as current species. 2. Changing outer appearance, without props, while remaining as current species. 3. Changing species where the physical form alters from current to another. 4. Body Snatching  5. The ILLUSION of change, where the perceptions of witnesses are manipulated. This is known as THRALLING. The illusions are known as GLAMOUR. 6. Shapeshifting by shifting dimensions. These can be drilled down even further, but this will do for the time being.  Some forms of shapeshifting can be done by most humans, while other forms can be do
Read this post » 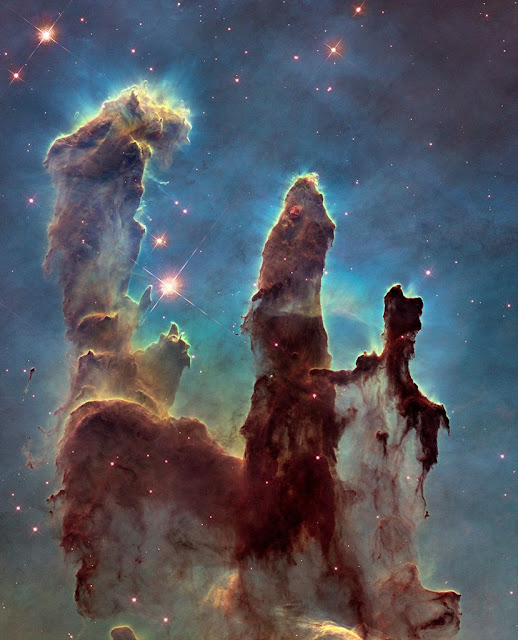 This is not intended to be an academic essay, but a personal reflection on my evolved comprehension on the obscured nature of God and his cohorts.  The beings who we understand as 'God' (and Goddess), in terms of cultural worship, are actually various.  1. Some are outright human imposters who encourage the term for expeditious reasons.  2.  Some are outright non-human imposters who encourage the term for expeditious reasons.  3. Some are beings from races who have world-building and life-creation within their capacities. If you're like me, you've often wondered on the nature of God, and tried to reconcile the various exposures of narratives along the way.  One narrative being that Jesus was a fictional tale character designed using a standard astrotheological template which was also utilised in many other cultures, such as in Egypt with the tale of Horus, and in Persia with the tale of Mithra. These being only two examples of many. Then there's never-ending acade
Read this post » 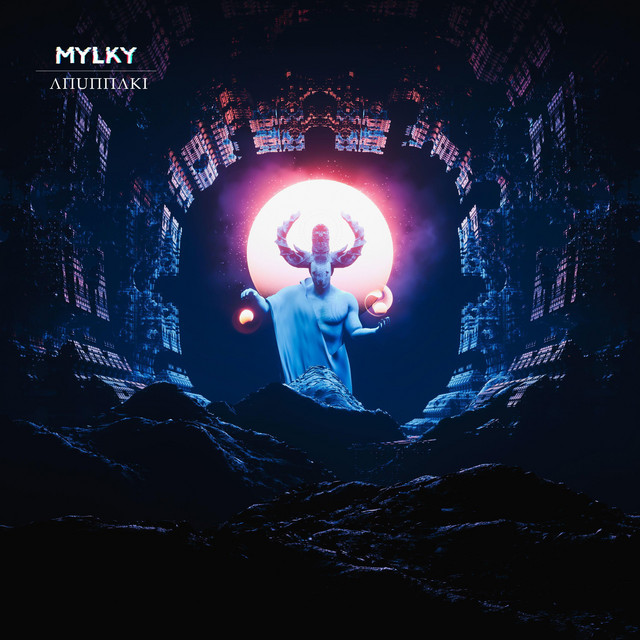 Learn about the next phase of the Anunnaki agenda on this planet: transitioning from a Consumer-based society to a Creative-based society.  Don't make assumptions ... take a few hours to LEARN ABOUT IT. Then take a stand. The Anunnaki's mission on this planet is to foster, guide, and nourish the development of their little earth-bound siblings. That is, us. This is a mission given to them by a higher authority*, not a mission of conquest or arising from any sense of entitlement.  And it's not ALL Anunnaki who have this mission. But there is a department if you will, within a culture that extends across galaxies.   They have a playbook, a guide. One that's been developed over time. The Anunnaki are social engineers. Scientists. They note what worked well under what circumstances. What didn't work so well and under what conditions.  One of the first roll-outs of the social engineering agenda is religion. It's a collective focal point for creating a larger-than-tr
Read this post »

Softening the Fall of the Apocalypse 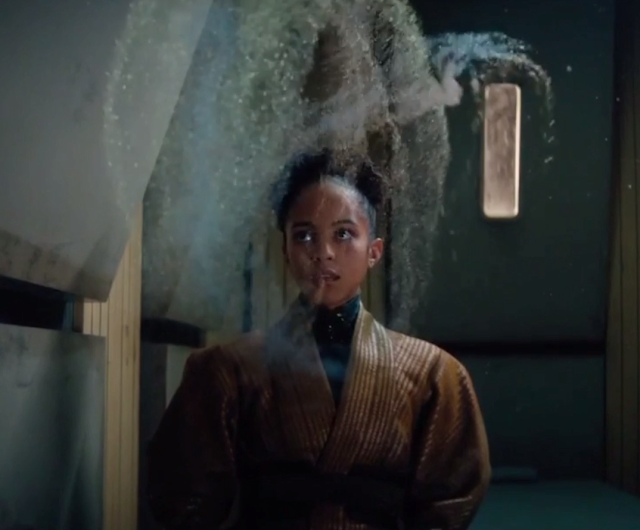 So like the undisciplined glutton that I can be, I binge watched all the Foundation series yesterday.  So. ✨ Many. 💫  Friggin'. 🔥 Lightbulbs! 💥 You think these prescribed periods of war are decided around a galactic federation conference table or in the war room of a council of gods? Uh uh. No.  THIS is how they are determined 👇👇👇 It's not a power game between factions. It's not personal. It's just ... numbers.  A population of 8 Trillion ... can you conceptualise it? A trillion is 1 followed by 12 zeros, so 1,000,000,000,000. A trillion seconds is over 31,000 years. Multiply this by 8, and you get 248,000 years. Almost a quarter of a million years. Yeah ... that'd be a big-enough sample size. And remember, the Karistus taught the Sumerians some VERY high level maths ... not to mention the vast numbers the Vedic cultures worked with. Are you beginning to connect the dots? So ... can you see now how 'winning' this 2017-2022 war doesn't translate int
Read this post » 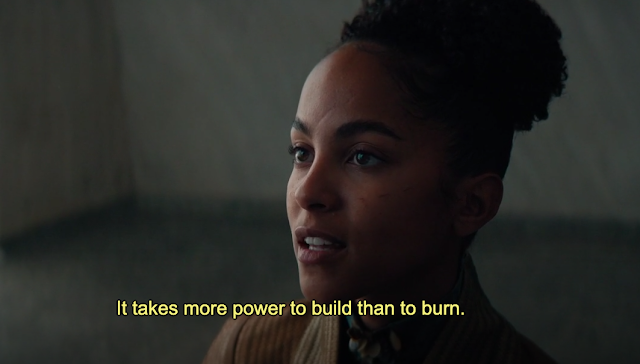 This snippet detonated dynamite in my blood!  They WANT you afraid of power ... even the power of the elites, the EL, the gods, the archons, the privileged.  They WANT you to hate them and what they stand for so that you are REPELLED by the idea of POWER so that you stay right away from it. They tell you that power corrupts and absolute power corrupts absolutely. Yes. They tell you all these horror stories to drive home this lesson.  They don't allow you to believe that anything else is possible. But it is! It so very much is!!!! This is guts of my life mission ... to stir others to claim their power, to claim mine ... so we can BUILD, Hari!
Read this post »
More posts