Tuesday, November 03, 2020 Aliens For Warriors Signs & Symbols Warfare
From time to time I break through the bubble that passes as news in my country and scan that larger horizons of the world and search for signs that the Angels have been busy. Today I came across this. 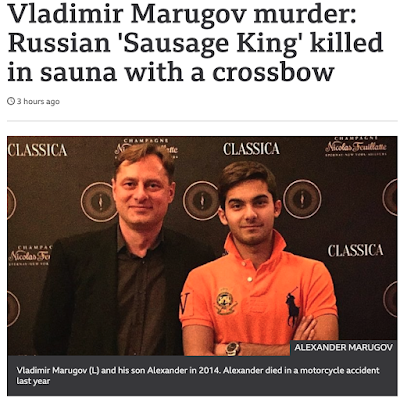 Gangs leave their signs.
And I've mentioned Angels are ruthless and dangerous in fighting their enemies. The motorcycle accident that killed the son, was no accident.
The father, no doubt, was also V.lash or V-hybrid.
Do you think, that out of all the photos they could have shown, that they chose this one with the V clearly shown, at random?
As DS likes to say ... THINK!
I have my suspicions about the father's meat empire, about what kind of meat they processed, and what went into their sausages. I'm not sure, obviously, but there is a reason he was taken out.
This is one reason I don't live in cities.  I like to know the butcher who is part of my rural community.
More details were available from another source: 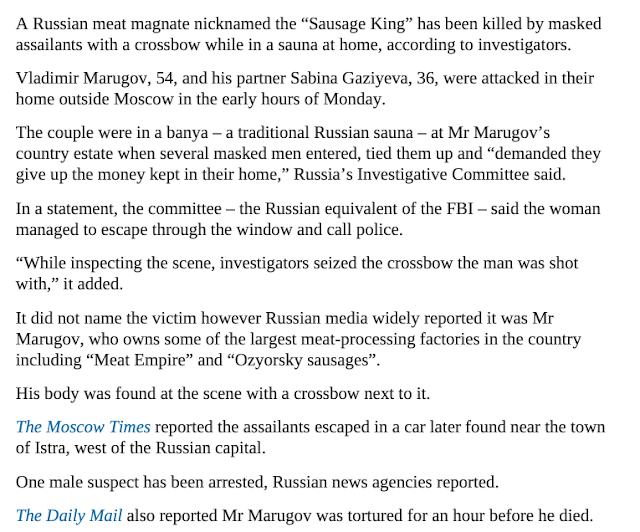 The ostensible motive was robbery. And they found a fall guy, someone to arrest. Well, that should appease the public's need for closure to the case.
But note that victim was tortured for an hour before he died. Did I mention that Angels can be devastatingly ruthless? This makes me wonder if the victim betrayed them. They reserve a special place in hell for traitors.
I must admit, I'm not entirely sure why this particular event has captured my interest. So I'm just filing it away here for now.