Sunday, April 11, 2021 Futuristic Tech Sky Watch Warfare
How clever is it to disguise your attacks as 'natural phenomena'?
Dante tells us that this is a favourite weapon of the arsehole side, who are technologically far more advanced than his own race, the Karistus. He's also said that earthquakes of magnitude 5 or more are probably a result of such weapons being used.
Not provable. Not disprovable. Stalemate.
However, scientists cannot agree on causes, so even their claims remain unproven.
Navigate this topic with your own intuition and critical thinking. 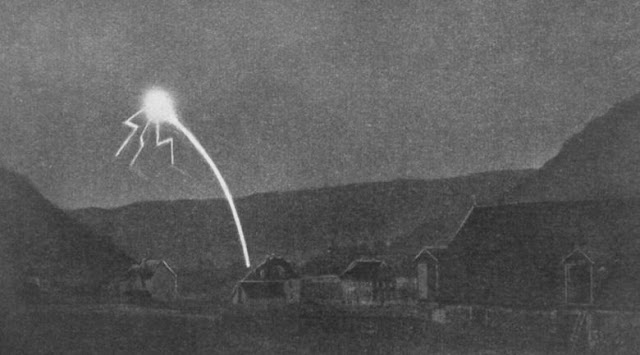 Go here for a HD version
A comprehensive article about Earthquake Lights is available on the Spooky Geology site.
Despite centuries of reports of anomalous luminous phenomena (ANP) – lights, glows, flames, sparks and clouds – before, during or after an earthquake, the scientific view of such reports remains deeply divided. The evidence for earthquake lights (EQLs) and associated anomalies consists overwhelmingly of anecdotal accounts. But scientific evidence has been accumulating, and in the past 10 years plausible theory to explain the host of unusual precursors has been proposed. Geological reference sources fail to address the wide breadth of ideas within this topic, and mystery-themed sources contain mostly non-scholarly information that is dubious or exaggerated. A balanced view was needed. So, here is the Spooky Geology examination of the credibility and cause of earthquake lights and associated ANP.  Read more.
[update 9 September 2021 - from Spooky Geology email after the Acapulco earthquake] 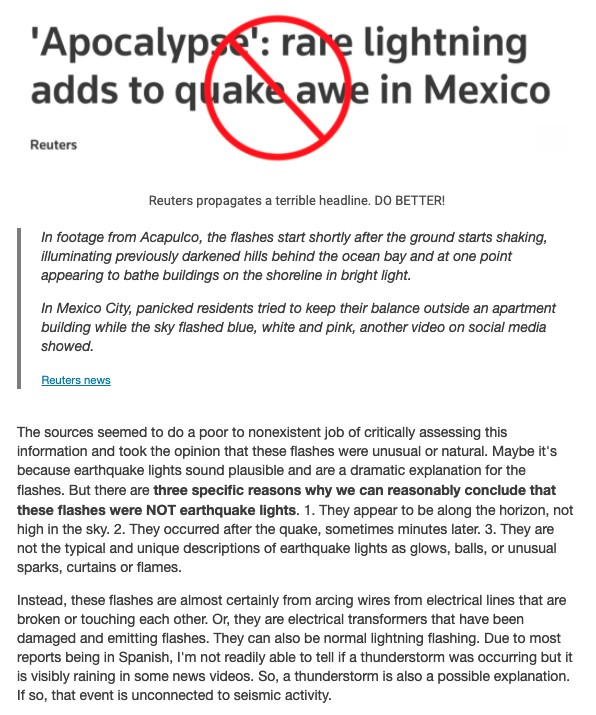