I've been intending to do a post on exploring the Hooked X symbol which is so important to the Karistus. 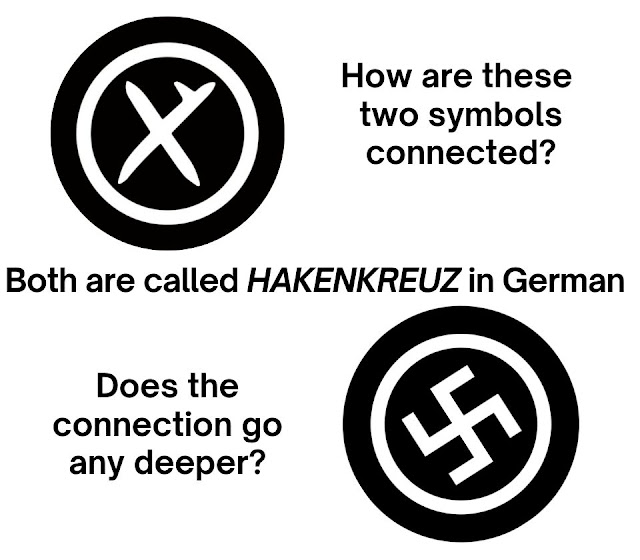 That's what I'm going to be exploring here. And yeah, I know it's an ancient symbol, like duh. And don't just assume it's a Hindu/Sanskrit symbol. That's a lazy way to think about it. This symbol is way older and complex, as well as being way more far-reaching than just India. 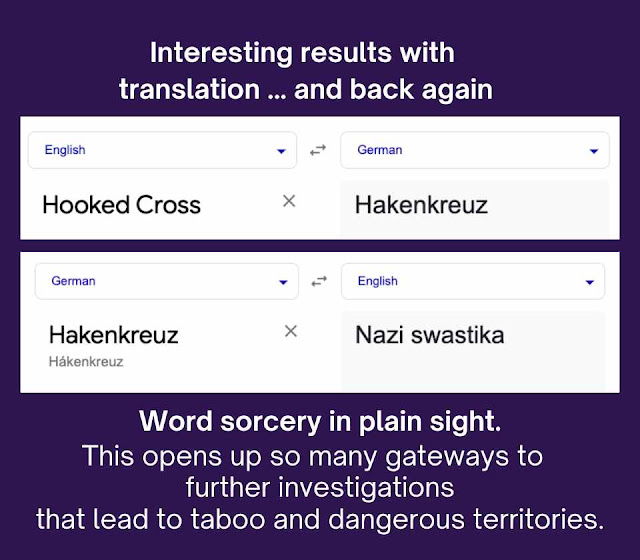 As I said, I've wanted to do a deep dive into the Hooked X for quite a while, but I didn't really have any handle on it, other than a collection of historic symbols. Then I came across this video which gave me something to juxtapose the Karistus symbol against ... and which gives me a starting point.

If the video is unavailable, you can view it here.
Click to read the online text of The Shadow Over Innsmouth by HP Lovecraft
Dietrich mentions that the Hakenkreuz is a ward that holds back the anti-gods from destroying all life in the universe.
The full interview can be seen here ...

However, I've noticed that the placement of the hook can vary. I'll collect examples here as I find them. In the meantime, I've made a bit of a legend of possible hook placements. I'm going to make an assumption that the placement of the hook is purposeful and intentional and not just a matter of sloppy penmanship.
Now, I have no idea if all placements are valid or not. This is me simply being methodical. When I collect enough evidence of the various placements, it should be much clearer which are valid in our realm and which aren't. 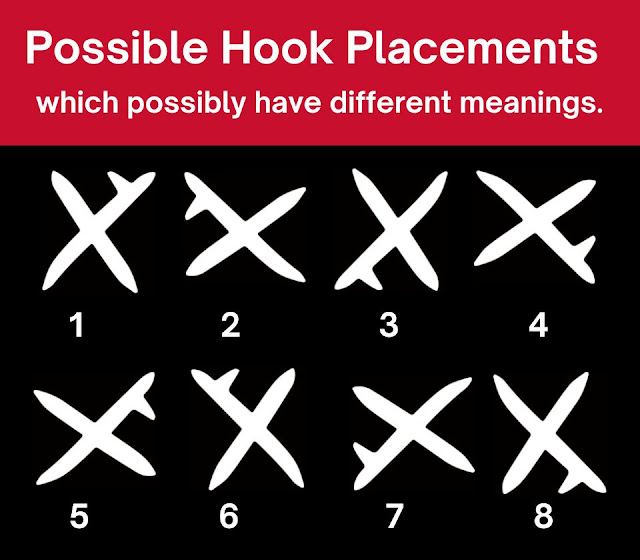 Similarly, the placement of the arms on the swastika is also meaningful ... a trap for the unwary. 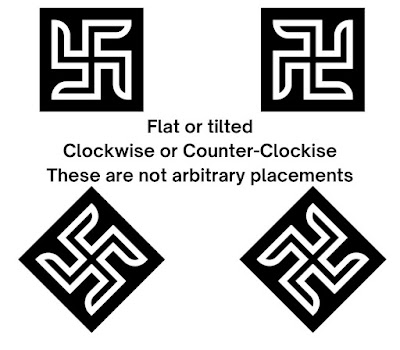 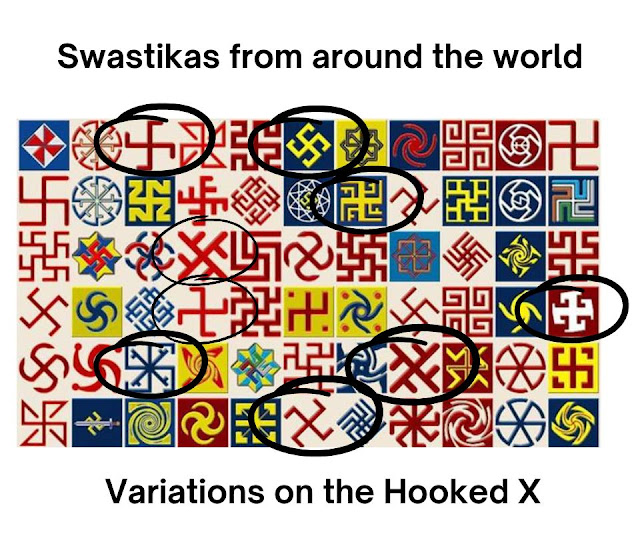 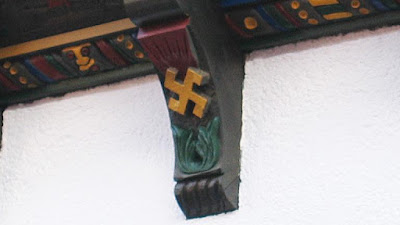 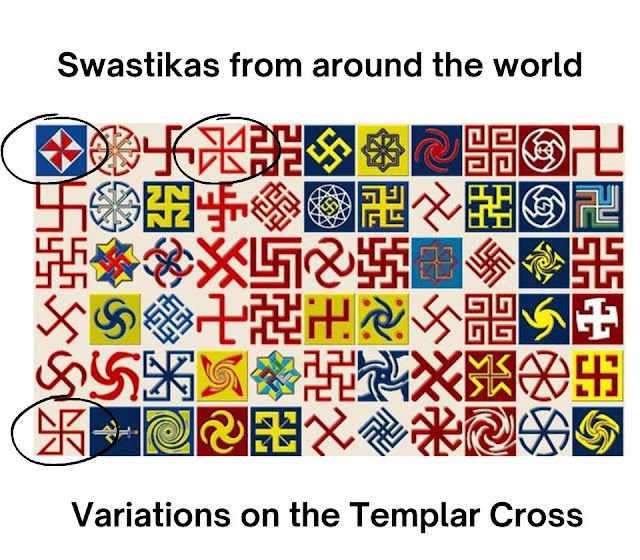 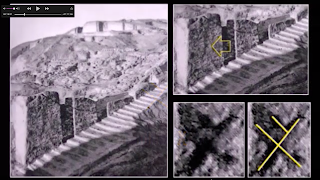 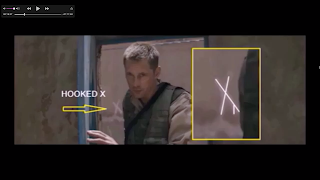 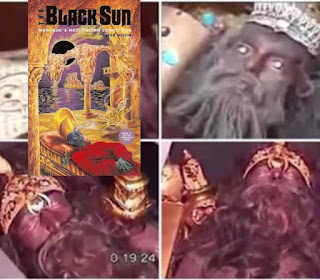