Aza's symbol and the children of German soldiers

Thursday, June 30, 2022 Hidden History Human Engineering Nordic Arcana Spinning the Truth
This topic is BEYOND human racial eugenics so don't get caught up in this inflammatory topic.
This is about the apparent Karistus involvement in a controversial program by a people ostensibly under vlash/maitre control.
I wonder ... if there wasn't some Aza-zian infiltration into the Nzi hierarchies, one which perhaps was involved with the Lebensborn program. Because, remember, not EVERY German was a m-hybrid. This program might have been a way to keep some of their own safe ... or safer. I'm just speculating here, of course.
Remember the letters that Dante showed, written by Hitler on his exclusive stationery, mentioning the orders to kill Azazael who had been spotted in Berlin? I'll add the images here when I find them again. So Azazael WAS in the middle of some special operations in this region at this time ... maybe Lebensborn was one of them?
Here's a good article to get the 'other' sides perspective: Lebensborn – Wellspring of Life
Disclosure: It's sympathetic to the program and to the Germans, and written by an expat.
Double Disclosure: I'm German as well ... and the daughter of a (post-war) German soldier and my grandparents on both sides were card-carrying Nazis.
Now, if this link ever goes down, I made a backup of the page as a pdf which you can grab here.
... which among many other revelations had this paragraph:
"This brings me to the topic of the willing or unwilling women, who became pregnant by soldiers in their different theatres of war. It is a well-known fact, even though rarely broadcast, that German soldiers did not rape women in foreign lands. They were not permitted to do so, under threat of their own life."
Does this remind you of what Dante said of the Russian soldiers?
Anyway, I found quite a few more of Aza's symbols being incorporated into this program.  Enjoy. Or not ... as Dante would say. 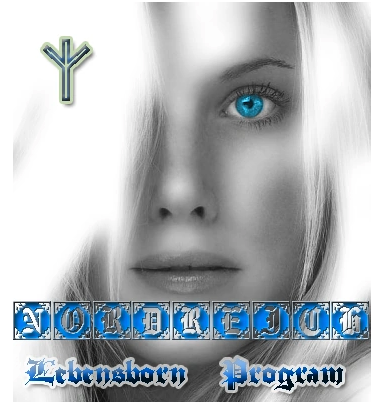 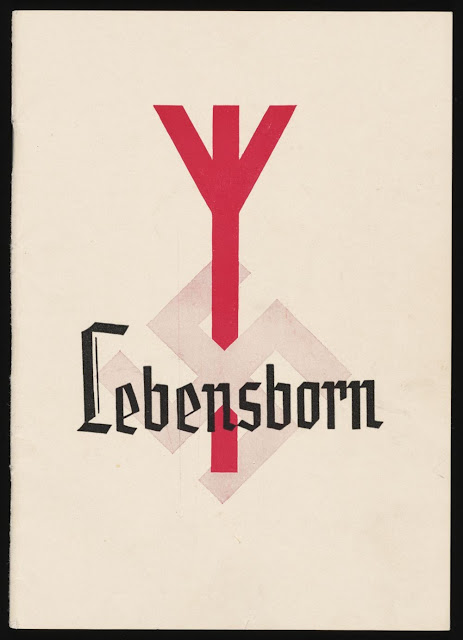 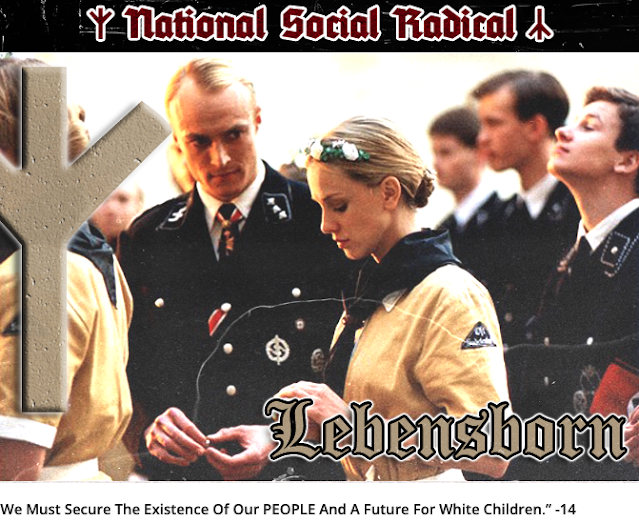 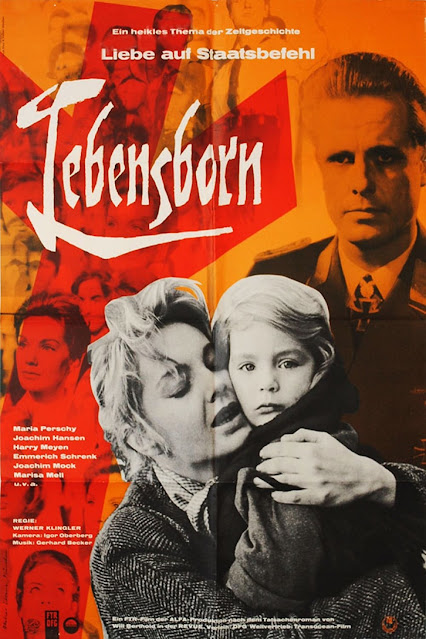 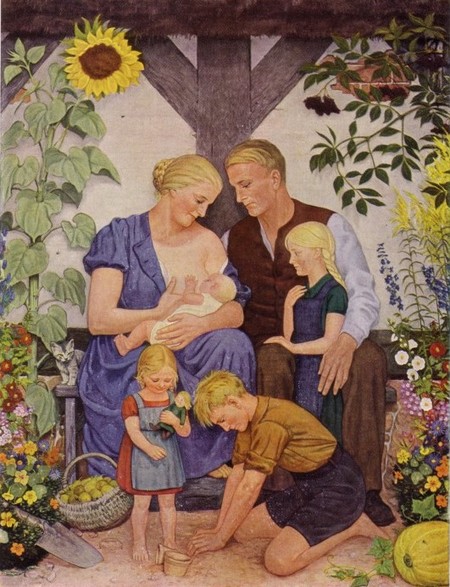 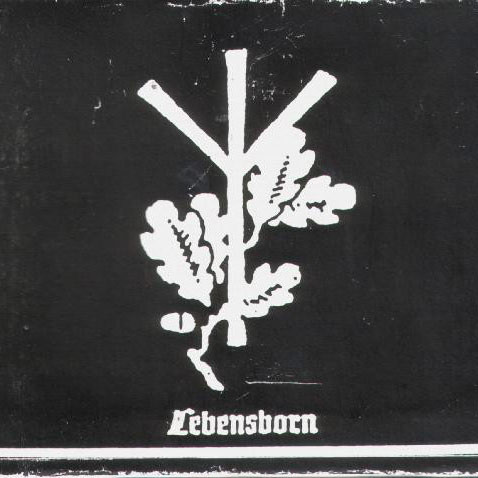 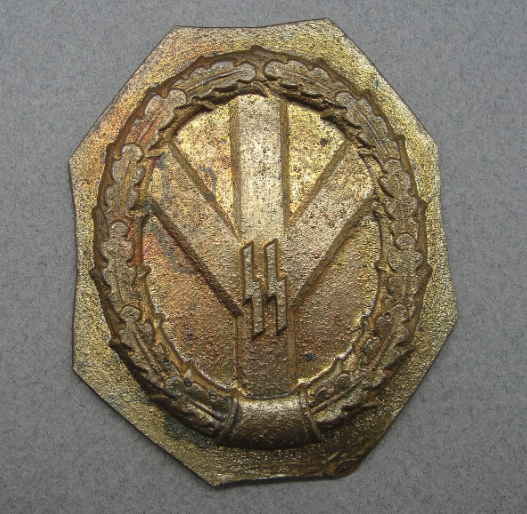 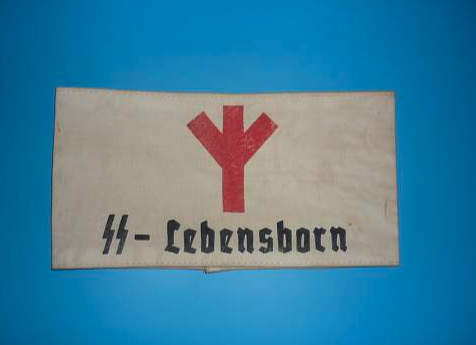 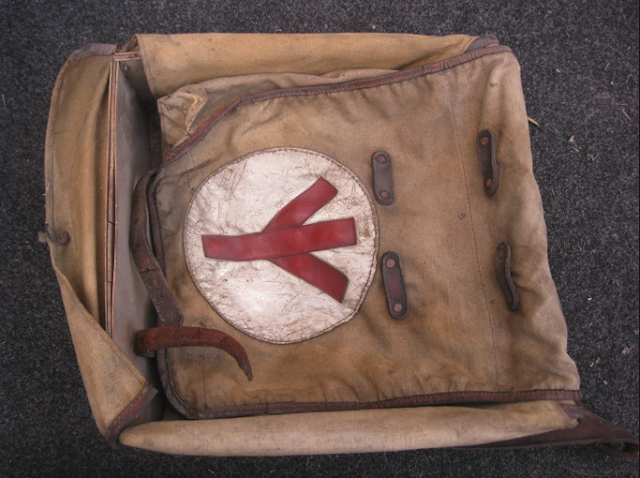 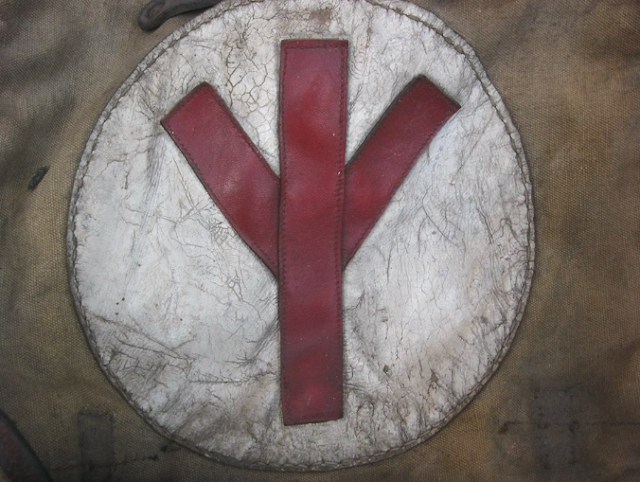 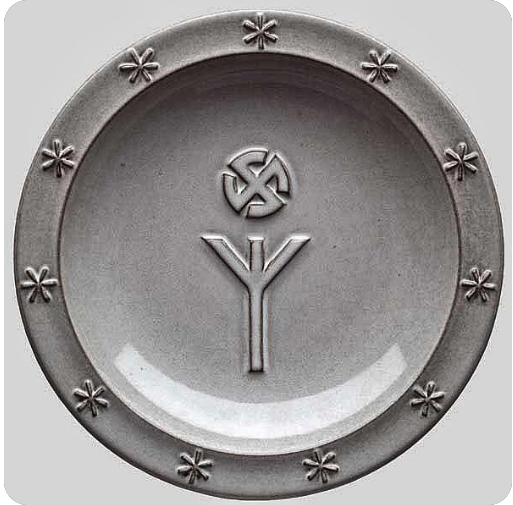 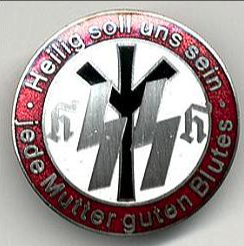 "Let us be holy,
every mother of good blood" 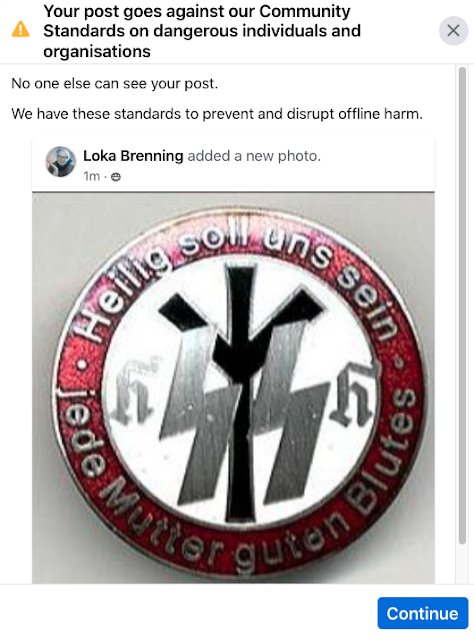 Posting this on FB got me this result ... and my first 24 hour ban.
Oops!
It's really hard to use the Sowilo rune nowadays!
Sowilo (*sōwilō), meaning "sun", is the reconstructed Proto-Germanic language name of the s-rune (ᛊ, ᛋ).
The letter is a direct adoption of Old Italic (Etruscan or Latin) s (𐌔)
[source]
Unless you're Ukrainian these days ... 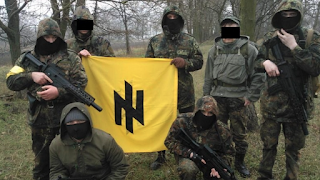 Lebensborn as a Mystical Process for the Transmigration of Selected Souls

This 👆 is an excerpt from the video below 👇