Lone Wolfery: A Discourse on Operating as a Lone Wolf in Times of Change

Friday, September 11, 2020
What useful to know about being an effective
Lone Wolf
in times of change
(with links to useful resources) 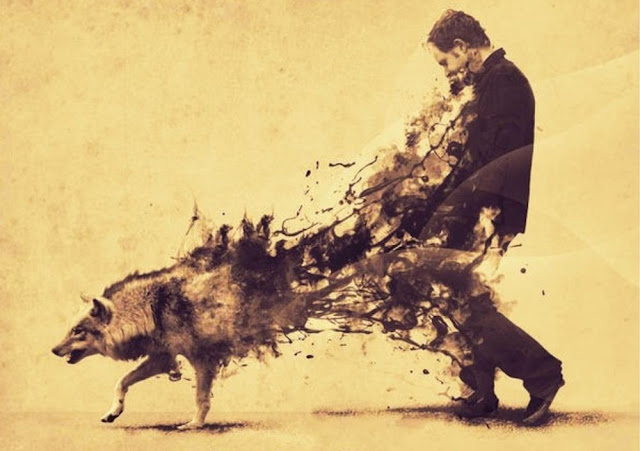 Let's start with a definition of a Lone Wolf, at least how I intend to use it in this post, because there are a few. Not all of them are complementary.

A Lone Wolf is a warrior who, for one reason or another, is isolated from their cadres, and decides to operate independently to further the cause.

They are not Lone Wolves by choice but by circumstances.

Okay, so some might make the choice to operate alone, but the majority of those who join my Lair Pack  have a deep desire to connect to something bigger than themselves. A yearning is stirred within them to 'come home' to somewhere that is hard to articulate. They feel an internal push to get involved, to DO something that assists an identified mission, but are not able to join the insiders. Lone Wolves find themselves on the outer of this mission they strongly want to be involved in.
Why are they not able to? It might be a matter of geography. It would certainly be a matter of training, both physically
Speaking plainly ... it might be a simple matter of being the wrong race. Shush! I'm talking alien races here. So no matter how much of a particular essence we feel ourselves to have, if we don't have wings, well, we don't have wings. At least in this particular incarnation.
Lone Wolf operatives typically have little to no recourse to intel about what others are doing, what else is going on in their particular territory (geographical or area of expertise), so they need to operate alone using only their good judgment.
Now, it must be clarified that while Lone Wolves can and do connect with others online, this is, by and large, an insipid form of connection. True ... it's better than none at all. However, nothing, but nothing is as powerful and nourishing as personal, real life contact with another being.  However, lone wolves need to take what connections they can scavenge.
https://youtu.be/E8_5vmviC_0
One of the main attributes of an effective Lone Wolf is a good sense of discrimination. Discernment. You can call it instinct if you want. Good instincts are always an essential asset for any effective warrior.
WHY you are pulled to Lone Wolfery
Now, let's take a step back and look at WHY you have the calling to be a Lone Wolf. If you're anything like me, it's because you want to make a difference but can't find an appropriate army to join. (I use army to mean a collection of beings who join together to fight against an opposing force.)

This is especially important in times of social upheaval

Being a lone wolf means being a warrior. It means standing up for what you believe in and courageously walking into the wild unknown.
https://goodmenproject.com/sex-relationships/your-lone-wolf-mentality-is-killing-you-wcz/

You don’t tolerate abuse or betrayal

You fight for what’s right — no matter what
always on the track of what is great and eternal, never content with the trivial and petty.”
At times the lone wolf will be loved by all; at other times they will be hated by all. But they don’t waver in what they stand and fight for.

One of the strongest traits and signs you have a lone wolf personality is that you never back down from your core values.

You stand up for what you believe is right no matter how unpopular or difficult it is.

Your inner moral compass doesn’t shift and is always calibrated to true north.

You don’t bend to peer pressure, threats, or cajoling in any way on the matters which are important to you.

Lone wolves don’t take crap from anyone, and if they get double-crossed or treated poorly they make their boundaries clear.

The same power and independence that a wolf walks with is the same attitude that resonates within you.

You hold on to your sense of freedom in everything you do.

they tend to be very selective about who joins their wolfpack.

Not passively accepting things is certainly a special trait of a critical thinker.

You approach issues from your own angle and you work through challenges in your personal and professional life in your own innovative way.

One of the clearest signs you have a lone wolf personality is that you are highly self-aware. You are aware of your shortcomings, your strengths, and your potential.

You’re humble and realistic, but also self-confident and proactive. You don’t push down emotions, but you also don’t revel in negative emotions or victimhood. 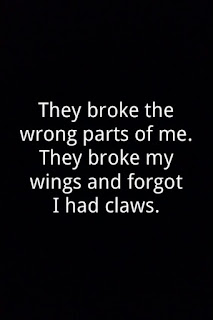 Below are some suggestions for you to explore and see how they fit.
Assemble your team to ...
Don't be limited by my suggestions.

1. Virtual Mentors to Fortify your Body and Mind
Marcus Follin from Sweden. 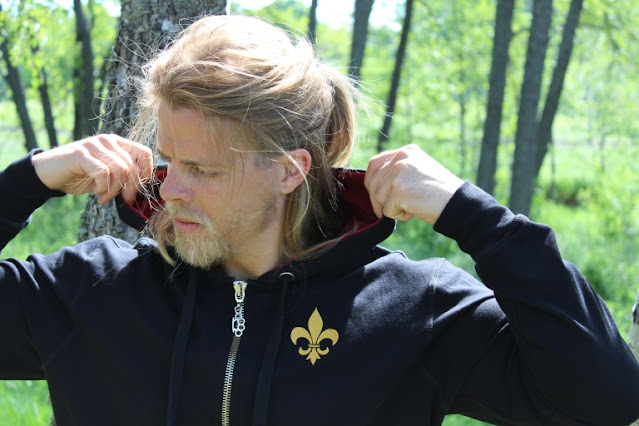 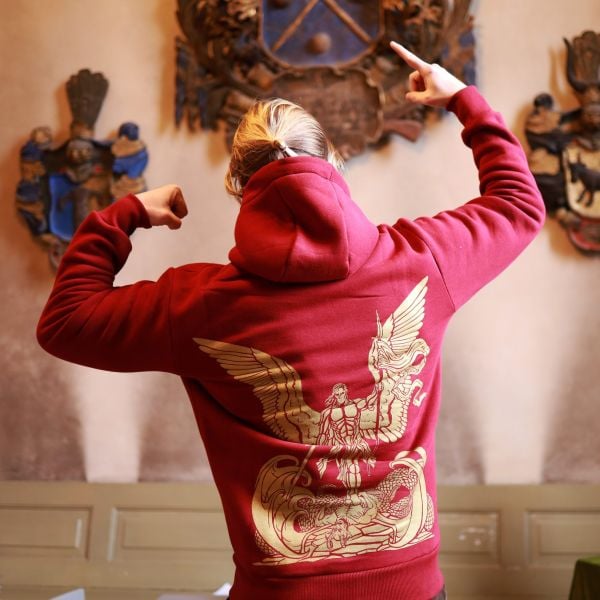 His approach is enjoyably epic and his languaging hints at the possibility of a  previous incarnation as a demigod. Personally, I find his self-confidence refreshing and tongue-in-cheek.  His YT channel is titled The Golden One, and so is his website.  This is what he guides others on ...

Cody Jefferson from the USA. 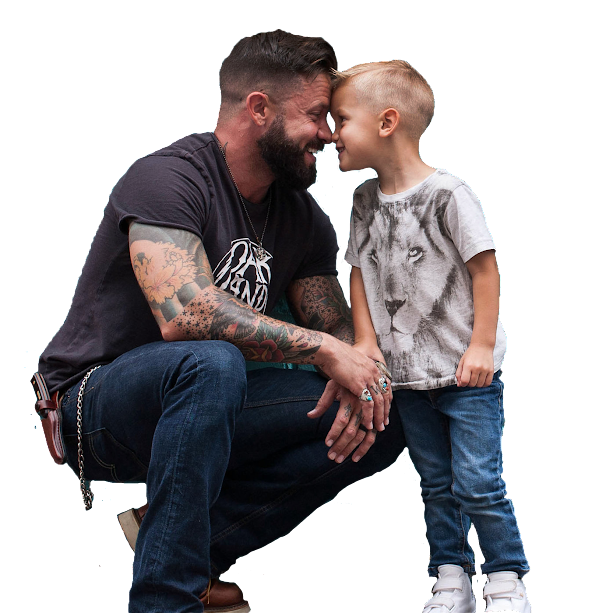 For Lone Wolves with ambition, Cody Jefferson would be your guy. His journey has taken him from the deepest pits of despair to an enviable position as leader of his own pack. If you have family responsibilities but want to offer them more as a consequence of rising in your own strength and power through applied self-discipline
I'm recommending these fine warriors because of their focus on honourable masculinity. These would be good options for any men who feel untethered from their identity and purpose as men.

Both make many videos that range from working out at the Temple of Iron to mindset and philosophies. Cody has a Christian perspective, and is a Pastor, while Marcus is proudly Pagan in a low-key kind of way, being very encouraging of maintaining a strong European heritage and identity.
I may add others in future, but for now, either one of these two should get you off to a fine start. And certainly, if you have your own favourites
Before I forget, I will add Jordan Petersen here too. While he doesn't focus on building physical strength, he does speak strongly to restoring masculinity.
Have you figured out what the common thread between all of these guys is?
SELF DISCIPLINE!

2. YouTube (or other platform) Channels
On my youtube channel, I have a number of playlists to inspire Warriors, Magicians, & Tricksters ... many of whom are Lone Wolf operatives.
Jupiter Radio - Music for Human, Non-Human, & Hybrid Warriors and Allies in this Spiritual War.
Music reaches into your subconscious so I consider music to be an actual tool of magic. Create your own personal playlist to keep you motivated and operating in top gear. Use my playlist to get you started ... do I even need to suggest to choose only those songspells that you like?
Strengthen Your Thinking Skills - links to my favourite channels that offer cliff-note introductions to philosophers and critical thinkers. Consider these videos as tasters, and follow up concept or writer that excites your mind with something more solid.
Here are some of my personal favourites:
How to be Free in an Unfree World
Outsmarting the Devil
Viktor Frankl - Finding something to live for
Imagination as a tool of magic.
Learn its power and how to use it competently.
There is no better teacher of this than Jon Rappoport.

3. Aussie Rebel Leadership - if you live elsewhere, use these as examples for motivation. For the record, I consider US Congressman, Dan Crenshaw to be a worthy contender as an inspired and credible Rebel Leader. Use your own judgment, though.
Riccardo Bosi - a first generation Australian who rose in the military ranks to become a Lieutenant Colonel of the SAS (Special Air Service), the Special Forces of the Australian Military.
Aussie Cossack (Simeon Boikov) - Simeon is a third generation Australian, his father was a Russian Orthodox priest.
An interesting aside ... both Dan Crenshaw and Riccardo Bosi are military Pisceans. Coincidence?
Other TLO Posts that may be Interesting or Useful to You
How you can serve The Cause even if you haven't been invited to

I want to make this post better. Tell me what I've not addressed. Send me an email and let me know what else you want to know about being an effective Lone Wolf.
And, if you already ARE operating as a Lone Wolf on behalf of the Cause, what advice would you give to the incoming ones?
https://www.youtube.com/watch?v=-S4tqUyf0ik