Corruption of Innocence | A Parable of Masculine Sacrifice 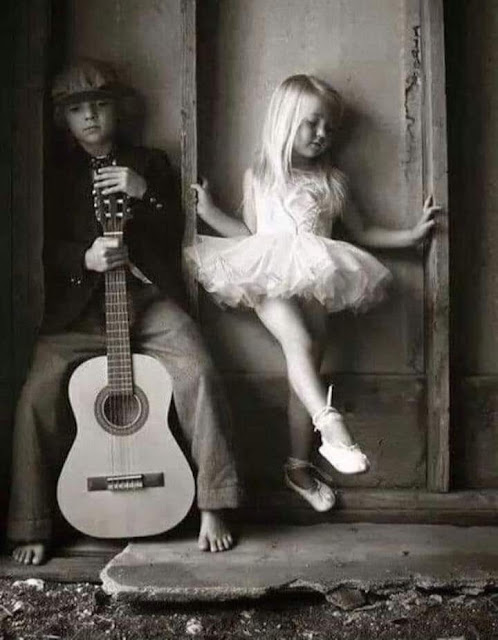 The tale below is extracted Cathy Fox's blog from 27 March 2020, titled Equilibrium (Silence Breaks Forth Into Song Part 3)  If you're not familiar with Cathy Fox, she writes about child abuse and the illuminati.

It is told in the style of a parable, but could well be based in fact. Do not envy the children of the elites. Their indoctrination is achieved by brutalisation ... so, yes ... this is a gory and heartbreaking tale.

While I am sympathetic to ritual abuse victims, I disagree with many of the conclusions and extrapolations that Cathy Fox makes about who is behind it. Sure, there are partial truths, but the reality is multi-faceted and more complex.

We truly have no idea about the big game that is being played here.

Now ... I really hope my readers don't require trigger warnings, but if you do, consider this sentence to be it.

I’d like to share the first moment we embraced the beliefs [that] we were unaware at the time were being pushed upon us.

“Though in apparent opposition”

You will have questions. There are things I shall not explain yet. Just take in the scene.

The deeper aspects of this core belief is that the opposition is layered. The layers are:

One is male/one is female

I am really going to turn your eyes on that little boy right now. After his first meeting with the little girl he was “chosen” for specific reasons for the role they bestowed upon him.

In the bloodlines, it is a highly respected and revered role, [an] Honored generational service. To be [the] girls training partner meant he was privy to almost everything in her life. All her training, Knowledge, Whereabouts, To really KNOW & understand her Thinking, Feelings, Decision making process, Which way her will would sway.

That’s a lot of weight on a small child’s shoulders.

At the heart of it, The vow of service he took to her was simply this… “To protect her in WHATEVER way was required…”

The first time they entered into opposition, They were following behind their Proctor (The Queen Mother of Darkness), down a long gray brick hallway of a Catholic Church. Suddenly she stopped. They stopped too.  Both set of eyes upon her. Attent[ively] Waiting for instructions.

They failed to notice at first that she had stopped by a large wooden door until she pulled the keys from her robe.  She put the key in the lock and turned. Then opened the door slowly whispering, “Peek in”.

So the two of them attempted to peek through the now cracked ajar door. Then came the push. She shoved them both into that pitch dark room, Slammed the door shut. They heard the key re-lock it.

Immediately after finding their footing, The girl felt the boys hand reach for her arm. Once he had a hold he pulled close to her and said, “Hold on to the bottom of my shirt and I will hold yours. No matter what… DONT LET GO.”

As soon as he spoke a man’s voice was heard in the darkness, Cursing.  The sounds of chains on the cement floor. Suddenly [the] girl hears the air motion change as one of the chains comes whipping through the air straight at her face.

She just barely makes it out of the way, stepping to her right, almost knocking the boy on the ground. The Proctor’s voice comes through the key hole “He has a knife just like you. Only one of you get out of here. Kill him before he kills you”.

The man is heard cursing. The sound of the chain is heard, whipping through the dark air. The man: Where are you? He is searching,

But already girl has heard exactly where he is at and located him. The warrior is out and she is ready to fight.

She does not fight like the others, Her heart is filled with compassion and fearless love. Love that doesn’t think. It only knows how to respond through action. The boy with his hand still clinging to her shirt feels her let go of his and move. He tries to tug to warn her to stay back.

But determination compels her forward. Through the darkness she walks straight towards the violent man. She has no clue what weapons he really has, Or if he knows he is dealing with children.

Nothing matters to her except the compelling desire to lay her hands on him and pray.

In less than a minute, with the boy still in tow she finds him. She walks straight up and places her little hands on the man’s chest and begins to pray, Words…not even her own coming forth.

The man falls on his knees in agony and pain. He is screaming in torment. Boy panics.

He saw something that day I can not fully go into right now. He saw the warrior of God in her. He saw her calling the full extent of Gods will for her. And that if she was not held back he feared the “good” in her would be lost. This is the moment the boy embraced the prophecy.

Words spoken over them, He chose who would be the good and who would be evil. As the man screamed, The boy whispered in her ear, “Let go!”

She could not…she did not want to. So the boy took her hands to remove them from the man. As he did he felt the agony of her anger & prayers.

Through the agony he pushed, the man falling to his knees. The boy pushed her hands away till she fell back on the ground.

Then sitting on her bottom in complete darkness on the cold cement floor, all she heard were the noises that followed as boy cut the man’s throat.

Then [the] boy was kneeling beside her, She felt as his wet hands grabbed hers, and he smeared the man’s blood on them.

He spoke quietly & sternly “I kill…only I kill…”

In that moment, she embraced prophecies too. In the process she chose to always allow his soul to be the one tainted and marked by evil, while she embraced always choosing good.

The evil always SERVING THE TRIUMPH of the good,

The evil always partaking in evil so the good remains good,

While the good is always serving the reparation of the evil,

Always covering the circumstances, Amending what must Mark his way.

Get it?!
MEN KILL SO WOMEN HAVE THE OPPORTUNITY TO REMAIN UNTAINTED.
THIS IS A MASCULINE GIFT TO THE FEMININE.
Because killing scars the Soul
and good men who are required or find it necessary to kill, need to work hard to keep their animal nature in check.
Woe to women who disrespect this sacred gift by demanding the right to kill.
You have no idea what goodness the masculine has sacrificed on your behalf.