Hungarian Mythic Clues to Sumer and Angels (or other Aliens)

Saturday, October 31, 2020
This is one of the reasons I created this site ... to curate little gems I gather along the way. This set is what I've found on the http://www.hunmagyar.org/mondak/ site.
What I find aching within me as a modern western woman is the lack of cultural depth and lineage back to an ancient path. Gems like what I show below create an aching envy within me. This depth of connection to ancestors - earthly and galactic -  is what consumerist techno-westerners sacrifice in their media-centric cultures.
This is sorcery, pure and simple ... this shaping of the consciousness of population groups along certain pre-determined trajectories.
Anyway ... on to the topic of Hungarian myths and why they excite my imagination so much. I won't be saying that anything is FACT or GOSPEL, but ideas to consider and feel around them intuitively. Mileage may vary according to your mindset.
I'll comment below each of the presentations. 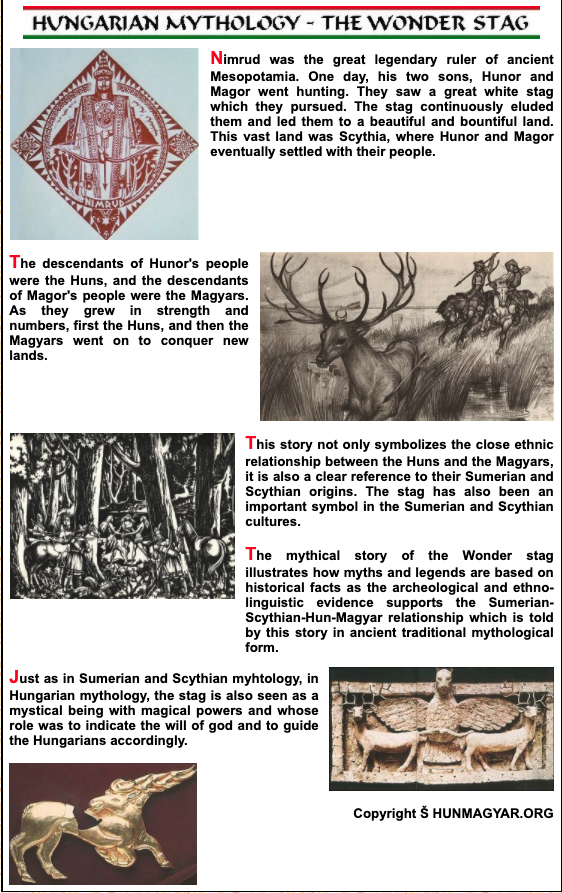 The Angels regard the Stag as a symbol of the creator of our world. Theirs also, I would presume. A goddess. Yes, this world has a female creator. The Gnostics knew this also and referred to her as Sophia ... although that is the Hellenised version of her name. I'd be curious to know what her Hellenised name was.
The Angels recognise the Goddess - and Gods - as other races, or other civilisations, that are highly advanced. To my mind, I could view them as equivalents to scientists who use unknown technologies and principles to create worlds and to populate them with creatures. Going back to the Gnostic gospels, Sophia was part of an Aeon community ... conceivably an advanced race ... where worlds were kind of flung together in various proportions of ingredients and placement factors. Some had the addition of life forms. Some had the addition of the Anthropos, kind of a humanoid template.

Mesopotamia (Sumer) is where the Annunaki walked among the descendants of the Goddess's earthly Anthropos designs (aka Humans).
DS calls them the Annunakene (pronounced Annu-NAH-keh-neh), and I've intuited that they were a race of bureaucrats and technicians, making sure the Goddess's creation of the Human race stayed on track despite the interference of other races who used them as an exploitable resource.
Then there's Nimrud, the father of both Huns and Magyars. I suspect many kings or major characters called Nimrod are conflated, and made out to be an all-round bad guy according to the prevailing Christian world view. In the bible, Nimrod is associated with the creation of the Tower of Babel in a challenge to Yahweh.  The Gnostics believed Yahweh to be an usurper or imposter God, with the true creator being the aforementioned Sophia.
Mythologically, Nimrod is also associated with the Epic of Gilgamesh.
A curiosity that may mean absolutely nothing, but Nimrod's sons, Hunor and Magor, brings to my mind Odin's ravens, Huninn and Muninn (meaning Thought and Memory respectively).
I wouldn't be at all surprised if Nimrod was another of Azazael's containers. 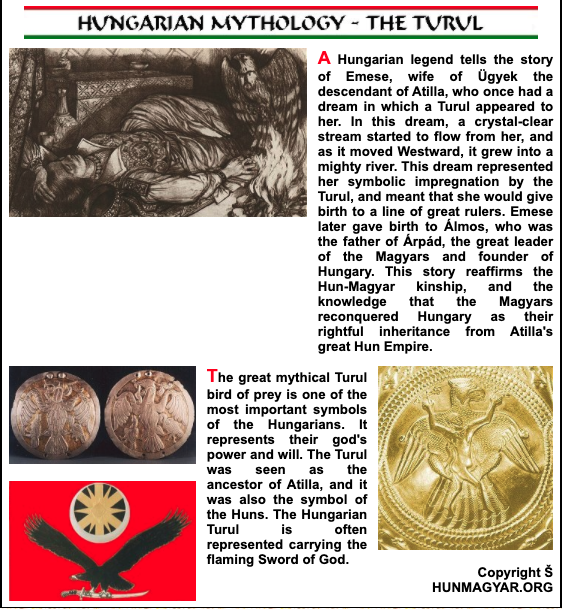 The Annunakene were/are assisted by a warrior race of peace keepers - the Karistus (pronounced kar-IS-toos, with both s's being less harsh than a snake hiss, but not quite into the sh range, and the last syllable vowel pronounced as in stood.)
The Karistus are often depicted alongside the Annunakene in old Assyrian reliefs.
The Karistus are what we understand to be Angels, that is, watchers (Grigori) and messengers from on high. However, not all winged creatures are Karistus, and there are many more races who are subsumed under the label of Angels. These include the Seraphim, the Cherubim, etc. No. The Karistus are from the Archangel category ... definitely warriors. Oh, and not all of the Angel super-category are working on the same side.

Now ... let's talk about the main battle commanders of these Peace-Keeper forces. There are four brothers who share the same mother (a Goddess) but have different fathers.
An interjection at this point ... many mythic-level births are a result of laboratory mixing of egg and sperm, along with various genetic tweakings. I mean, do you really think women gave biological birth to giants?!
Anyway, back to the four brothers ... there are the Archangels Michael, Gabriel, and Daniel. Joining them is their shadowy half-brother, Azazael. Why shadowy? His father was Lucifer, or as DS calls him, Lushifer.  DS is his current earthly container. Each of the others also have current earthly containers, some of whom are major players on the world stage. (NO! Not Trump!)
And, for the record, Lushifar's backstory is, well, complicated, and largely analogous the the story of The Fall. Different details. Similar ending.
Azazael is frequently thought of and depicted as an arch-demon. But the truth is that he works in the shadows but for the light. Azazael's archetype is that of the Scapegoat. All kinds of shit gets dumped at his door and he often carries the physical punishment for reparations to enemy forces. And although he can be killed, he, like all Angels, he is reborn into his role with full memory of who he is and what his mission is.
Nonetheless, Azazael is a fearless and fearsome frontline, albeit world-weary, commander of his troops. 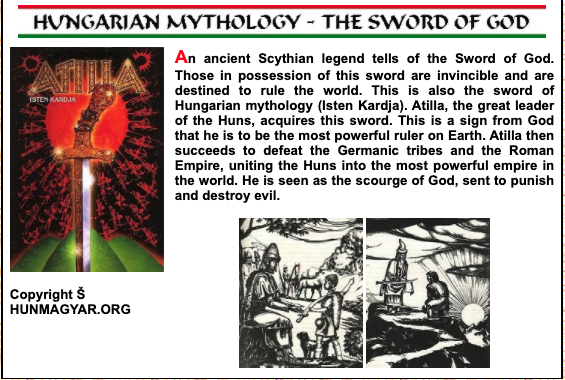 I find it fascinating that Atilla the Hun is possibly not the villain the west has made him out to be. 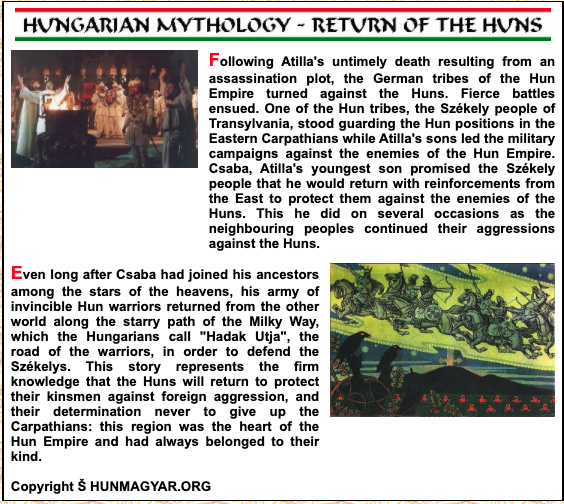