Lot, the guy who escaped Sodom, was a child molester.

The child in question was his daughter, an adult woman.

Child can refer to an adult offspring.

Dante has again uploaded an accusatory video and again removed it after a few hours. Something he seems to do on a semi-regular basis. 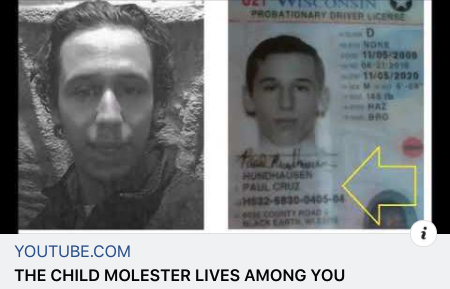 Now, there's nothing like a trigger-word accusation to see who in your circle is able to do some higher level critical thinking.
This is quite possibly a test by the accuser to see who questions and who doesn't.
For better or worse, I do.
I don't feel my loyalty to Azazael to be compromised. Having the inclination to read between the lines makes me comfortable with apparent contradictions and cognitive dissonances.
Intrigues and manoeuverings happen in every court and in every hall of power. People are foolish to think in terms of black and white.
Note that Dante has not accused Paul of being a pedophile. He specifically uses the term child molester. Pay attention. Words matter!!!!!
So who is the accused?
Paul is now in his early 20's, and from what I can ascertain, he was once one of Dante's chosen few. Then, for unclear reasons, there was a falling out, resulting in the character assassination campaign by Dante in the form shown in the video screenshot above.
Paul identifies as Jamael, a Karistus immortal who moves amongst the same elite level as the Four Brothers on Jupiter.
In one video, he offered a broader context for that which ended up as the accusation levelled against him. Note that the accusation is in terms of his Jupiter-based life, not on his earth-based life. It is on THIS narrative that D makes the apparently vexatious accusation which he offers it as proof in some of the elusive videos.
Revealingly, by using this as 'evidence' Dante is affirming Paul's claim of being who he says he is.
Now, to provide further context, here are two slides that preceded the one that D has seized upon as 'evidence'. 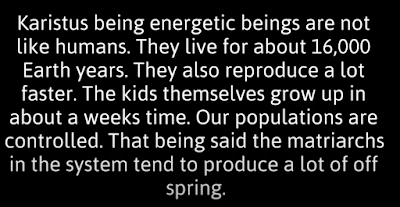 So THAT is what D is drawing his campaign upon. Pretty long draw of the bow, don't you think? Not the narrative you were expecting, right?
I have no doubt Paul/Jamael serves The Cause in his own way. None at all.
Some of his videos are mind-blowing. Something he offers more often than not. He regularly speaks on the corruptive energy that affects the higher beings. And from what I can determine, this seems to be at the crux of his disagreements with Azazael, who is a shadow player at the best of times.
One, or both of them, may be double or triple or even quadruple agents, so this will be why I'll not be debating any of the details of the issues between them. It's certain to be multilayered and beyond any context that I'm aware of.
However, there are a number of potent lessons waiting in the subtext ... betrayal and inflammatory accusation, and being permanently irredeemable.
The Lessons in Betrayal
Nothing destroys friendships and close relationships like betrayal. It is clear from who is the accuser that it is Azazael who feels betrayed in this instance ... as is frequently his lot in his role as the Scapegoat. I cannot begin to imagine the heartbreaking Soul burden he must carry.
It is also clear that Dante/Azazael wants to isolate Paul/Jamael from his (D's) community of followers.
Right there, that's the rub for me. I don't do blind obedience. Ever. I require a bigger context to baseless accusations. Not that I expect to get one in this instance ... this is wayyyy above my pay grade. So I'm happy to sit in limbo ... in perpetual ambiguity on this, if needs be. I'm okay with that.
In the meantime, I will continue to give both their dues according to what they deliver to us (disguised) mere mortals.
The Lessons in Inflammatory Accusation
This is what I am most disappointed to see around me ... how quickly people shut someone out based on an accusation based on the vaguest of 'evidence.'
Let me be exceedingly clear ... triggered people are dangerous people. Engage with them at your peril. They lead with high emotions coloured by moral indignation. Their rationality is not engaged.
It's scarily reminiscent of the witch-hunts of earlier times. And I consider that many of those very same souls have now returned as (again) goddess-followers now partake of that same process as their earlier accusers.
While karmic vengeance might feel righteous to enact, it is not ennobling. In fact, it is soul sacrificing in service to the false ego.
However, it is one process of sorting the wheat from the chaff amongst any group. Mob mentality devolves the quality of one's character, and I have my suspicions that the reactions of all of us who carry K or ally essence are being watched and categorised according to our response to this particular drama.
Now some may suggest that accepting your 'leader's' accusation as fact is a sign of loyalty. And I would respond with reminding them that no one is infallible. Not Azazael ... Dhor Kyristyl would agree, I'm sure. Amusingly, Dante is also upfront with this. He easily admits to his flaws.
We live in a volatile era where a person's (typically a man's) reputation can be effortlessly and ruthless destroyed by someone simply declaring them to be a rapist or a pedophile, and whipping up a frenzy of outrage. I know for myself, that it would utterly gall me to participate in anything like this, and ruin a young man's life based on hearsay.
The Lessons in Irredemption

Let he who is without sin throw the first stone.

Truly, do we bind people who may have sinned in their past to be forever condemned and locked to their mistakes?
Do we not allow for opportunities for soul and moral development?
Because if we withhold compassion and forgiveness for trespasses against others, against Spirit, then we must withhold it for all, including ourselves, and not pick and choose who grace applies to and who it doesn't.

Personally, I find this level of mudslinging somewhat disappointing from someone of Dante/Azazael's standing. It certainly makes me suspicious that there are other layers of agendas.
I am loathe to choose between them. Both Azazael and Jamael have value in what they offer. They have different fields of operation and responsibilities.
I would just rather they fight it out between themselves in a more dignified way. But, who am I? It is what it is.
Am I concerned about incurring D/A's wrath by discussing this? No. Even he won't cow me into ignoring my conscience and insult my heart by dismissing its guidance. I write this for my own clarity rather than trying to sway anyone into changing their opinion. However, if others find this post helpful, then that's a bonus.
I would urge Dante/Azazael's followers to stay loyal. But to recognise that there's more going on than he would have you know, more than what meets the eye. And to give Paul/Jamael a break. He is not deserving of anyone's outrage ... especially based on this particular claim and 'evidence'.
And if anyone decides that my position in this drama makes me a traitor to The Cause, to Azazael, then the door is thataway -->