Designed by the Karistus to fight against the M-Goo, 1155. It is called OTEKA, which in Karistus means Revenge.

Designed to destroy the M-Goo, and most of the time, it does. However, quantity of M-Goo is vastly more than K-Goo.

K-Goo infection is a protective measure against M-Goo attacks. All 72's ever, have organic K-Goo in their bodies. 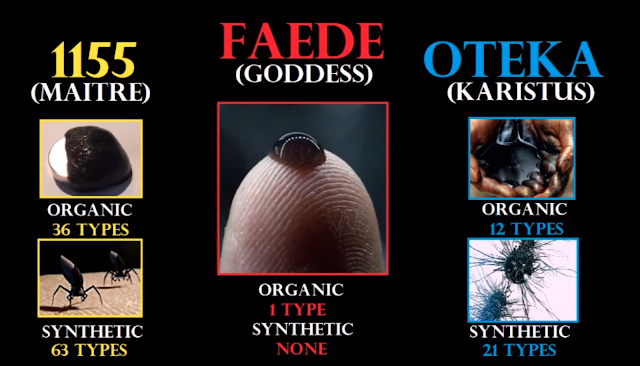 Watch the video
A night with the Enemy, another at the Opera: CONCLUSION. Backup link
More on the Black Goo:
G-Goo (Goddess Goo) Faede
M-Goo (Maitre Goo) 1155