There are major hidden narratives in operation with the roles that actors play.

First, in the 2004 television series, Hex, Michael Fassbender plays Azazael. And a darkly handsome and swoon-worthy one at that. 😉

In 2012 and 2017, Fassbender played the detached, artificial human simulacrum, David, in Prometheus and Alien Covenant respectively.
Here is the snapshot where he is curious about the black goo. 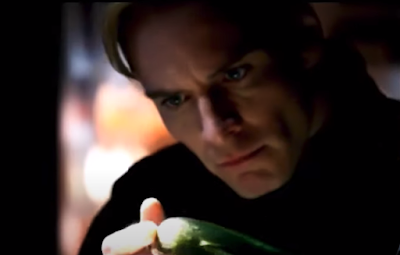 How does this link together? Have you watched Dante/Azazael's Black Goo video?
And just musing out loud ...  might Fassbender's first name, Michael, be in any way significant in this sub-narrative?

Next is Hugo Weaving 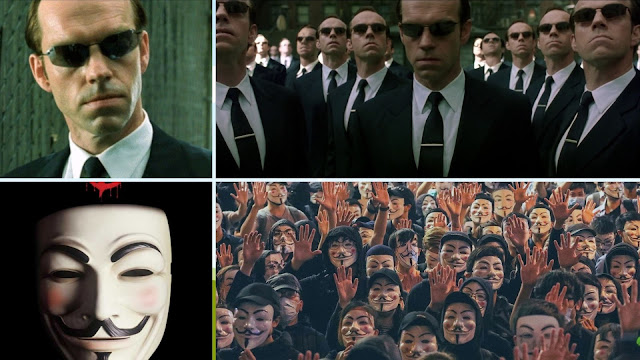 So you think Agent Smith is repressive AI but V is an agent for rebellion?
HA! Think again.
Both iconic roles are portrayed by the same actor, Hugo Weaving. Coincidence? Surely you know by now that NOTHING is a coincidence?
V is nothing more than an agent of the Matrix as surely as is Agent Smith.
For you freedom rebels out there ... find a new representation for your defiance ... 'cos it's definitely not the mask.
Well played, Matrix. Well played.