In Dante's video today, we learn more about Black Goo. First, that there are three types. This post is about the first type - the organic life-giving type.
A night with the Enemy, another at the Opera: CONCLUSION Backup Link

The first type of Black Goo that Dante introduces is Faede (in Karistus, means Birth) used by the Goddess to give life.  It includes the essence of life ... everything including the Soul, DNA, and a million other things.

This is how life started ... EVERYWHERE ... not only on this planet.

This reminded me of something I'd researched earlier ... It sounds very much like Eitr or Æther from the Nordic Creation Myth.

Eitr is a substance in Norse mythology. This liquid substance is the origin of all living things: the first giant Ymir was conceived from eitr. The substance is supposed to be very poisonous and is also produced by Jörmungandr (the Midgard serpent) and other serpents.

The word is used in common Scandinavian folklore as a synonym for snake venom.

The last line of the stanza in Vafþrúðnismál where Vafþrúðnir says "that is why we are easily angered", is a word-play with the meaning of the word eitr, as it also means anger/angry (similar to "poison a relationship").

"The Aether. First, it's not a stone; someone called it a stone before. It's more of a... an angry sludge sort of thing, so someone's gonna need to amend that."
Thor: Endgame 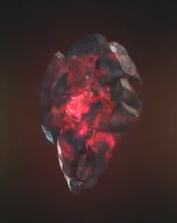 [the following text is curated from the MCU Fandom Wiki]
The Reality Stone granted its user absolute control over the fabric of reality itself. However, like all Infinity Stones, it can only be wielded by beings of sufficient power. When allowed to influence an average human it will inevitably kill them, as evidenced by Jane Foster. The Reality Stone's power is such that it can affect reality on a universal scale. Had Malekith succeeded in either of his attempts to use the stone's power, the entire universe would've been converted to dark matter. The stone is also nearly indestructible, being able to withstand blows from Mjølnir.
Those who fully understand its capabilities can remove the Reality Stone from others and safely absorb it into themselves, so long as they have the necessary fortitude to withstand its effect. Malekith was able to draw the Infinity Stone out of Foster and merge with it. Once a user has merged with the stone, their physical powers are greatly enhanced; Malekith, fused with the stone, was on par with Thor in terms of raw strength, and was also capable of rapidly regenerating lost limbs and enduring Thor's blows without taking significant damage, essentially fighting the Asgardian to a standstill only ending when he was crushed by his own ship.
Malekith was also able to use the Reality Stone's power to send out blasts of energy strong enough that a Mjølnir-wielding Thor had difficulty blocking them. The stone also allowed him to teleport, with Malekith being able to rapidly appear in front of Thor. While fully unleashing the Stone's power on the Nine Realms, Malekith grew in size to roughly three times Thor's height.
When inserted into the Infinity Gauntlet and wielded by Thanos, a user who fully understands and has mastered its capabilities, the Stone is able to warp reality to a greater extent than previously perceived, with Thanos demonstrating numerous powerful capabilities that he effectively employed.
From the Reality Stone, Thanos acquired the power to create highly elaborate physical simulations and illusions of false realities. Prior to the Ambush in Knowhere, Thanos used the Stone to create an illusion of himself interrogating the Collector in deserted Knowhere, in order to fool the approaching Guardians of the Galaxy, obfuscating the fact that the colony had already been sacked and burnt. The false reality was so convincing that the false Thanos could physically interact with others, even fighting and being killed by Gamora. Again, prior to the Battle of Titan, Thanos used the Reality Stone to alter the landscape of Titan and show Doctor Strange how the planet had looked in its prime, before it became a desolate wasteland.
The Reality Stone also gave Thanos the power to warp and transmute matter into anything he wished, most often using this ability to transfigure and use objects around him offensively. Thanos was also able to use these transmuting powers to affect living organisms. With a single blast from the Stone, Thanos easily incapacitated Guardians Drax and Mantis by temporarily warping their physical bodies, splitting Drax's body into pieces and turning Mantis into still-conscious strips of flesh. In both cases, these transformations were non-lethal and the targets were restored after Thanos departed the area.
Thanos was able to also use this ability discreetly, as when Star-Lord reluctantly attempted to execute his teammate and lover, Gamora, to prevent her capture by Thanos. The Titan silently transmuted Star-Lord's Quad Blasters to harmlessly fire bubbles, before the weapon itself dissolved into bubbles. Thanos would later do the same to Gamora's dagger on Vormir to prevent her from committing suicide.
During the Battle of Titan and Battle of Wakanda, Thanos used the Reality Stone's powers effectively in combat, transmuting a field of ship wreckage into a swarm of bats to attack Iron Man, and manipulating the ground to spawn a cage of stone pillars to trap Black Widow.
The Reality Stone can be used in conjunction with the other Stones to expand its effects. Combined with the Space Stone, Thanos was able to manipulate the terrain at such a scale as to pull a flying Doctor Strange into his hand, by pulling the surface of Titan itself towards him. In conjunction with the Soul and Time Stones, Thanos could heal fatal injuries he had sustained (discounting those caused by the Stones themselves), managing to fully heal the near-fatal wound caused by Stormbreaker as he teleported away with the Space Stone.

"While the other relics often appear as stones, the Aether is fluid and everchanging. It changes matter into dark matter. It seeks out host bodies, drawing strength from their life-force."
Odin: Thor Dark World

The Aether converts matter into dark matter, and seeks out host bodies in order to draw strength from their life force, i.e., energy from living organisms, thereby sapping them of energy in a process that would inevitably prove fatal. When used by Malekith, the Aether was capable of forming into tendrils or spikes to strike out at targets, regenerate lost limbs, and create a tornado of energy.

[The Lady Odin:  Matter into dark matter? Hmmmm ... sounds more like the other way around with regards to Goddess Goo ... turning dark matter into matter. Reversals abound in mainstream narratives ... although I suspect that those 'in the know' expect that the initiated will understand how to correct the messages, a la Da Vinci Code style.]
Whilst bonded to a strong host such as Malekith, the Aether greatly enhances the host's physical strength and durability. Malekith, bonded to the Aether, was able to fight Thor on a reasonably even basis. On its own, the Aether is capable of sending out shockwaves filled with its energy and pulses of power that can throw back any who it deems a threat to itself. These blasts have been enough to easily stun beings as physically powerful as Asgardians. The Dark Elves and Malekith appeared to have a connection to the Aether, with their 5,000 year hibernation ending when it was used for the first time since the First Battle of Svartalfheim.
Note that I'm not offering the curation above as gospel ... but there are clues there for those of you who want to have some fun connecting the dots.
More on the Black Goo:

M-Goo (Maitre Goo) 1155
K-Goo (Karistus Goo) OTEKA
I've also written another post on some the other revelations disclosed in the Thor franchise that you may be interested in, involving the Tesseract and Project Looking Glass.