"I get a kick out of annoying bad people by applying my talent for mischief as widely as possible."

I'm copying and pasting one of Martin's emails in full so you can feel for yourself the kind of energy he puts out. It's clean, in my opinion.

He's walked through the flames and the fire of personal and corporate attacks for writing and speaking about what he stands for. He could easily have given up and walked away with his tail between his legs. But he hasn't. He's come back swinging even harder. He's resourceful and resilient. An outstanding example, in my opinion, on how to act with individual power when all the systems in the world move against you.

Without further ado, here's Martin's article. I've included info at the end on how you can read more from him if you want. 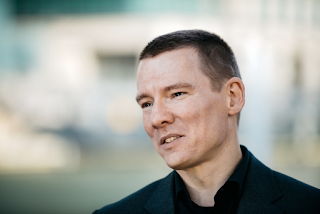 One of the most amusing parts of being a dissident is when enemy trolls accuse you of being a “grifter”. Someone with my background and experience generally isn’t cheap to hire, so if I am a grifter, I am a very unaccomplished one! I have spent most of the last few years working for a fraction of what I earned even 20 years ago doing corporate IT, and with far more stress and longer hours.

Having already done the One World Alliance gold card and first class lounge experience as a telecoms consultant, there has been an upside to this relative austerity as a “conspiracy analyst”. I have become more sensitive to the limited means of most people, and had to recalibrate what money represents. The high-end nature of my prior work, plus my inclination to over-achieve, had made me complacent about how hard others slog for a pittance.

I get a kick out of annoying bad people by applying my talent for mischief as widely as possible. That is why both my books On Q and Open Your Mind to Change are available for free, as is this newsletter, and my archive of content. Yet I have to pay rent and raise a family, too. Treating these creative works as if they were physical objects via a copyright monopoly, so as to create a paid scarcity, has many well-documented problems.

Paywalls exclude those at the margins of society; narratives are controlled by large corporations; and the “best lawyered” steal ideas with impunity. The counter-culture answer of “copyleft” is great if you’re a tenured professor or in-favour member of the (il)liberal establishment. It is relatively useless to someone like me who gets zero from “polite society” and is actively persecuted. Having a hundred ways to give your labour away without just compensation is just a sophisticated digital variation on communism.

I envision a system that someday replaces “statutory copyright” with “social reward obligation”. Imagine if you could use any or all content freely, but you also kept some kind of evidence you had made reasonable efforts to reward creators according to your means. It is a kind of “representation without taxation” — there would be social value in “keeping the proof of providence” to show you had discharged your “duty of culture custody”.

Those who took without giving back would find it hard to maintain their public and social reputation when challenged to evidence their support for creators. We don’t need micropayments with their “decision fatigue”, just an attitude of fairness — and acts of generosity — to all those who apply their energies in ways that are truly valued. Since I like to practise what I preach, I have uploaded my audiobook of Open Your Mind to Change to Bandcamp, who support a “pay what you want model”.

This includes paying nothing at all, although they only allow a limited number of free downloads before I get charged! The audiobook also includes a free copy of the e-book, which you can download for free anyway, because I am the world’s least competent grifter.

Buy (or don’t) the audiobook

It doesn’t matter how much you pay — if I wanted money for its own sake I would be writing computer code, not English. You can also get the audiobook from other distributors at the usual retail price. (It was the narrator’s birthday this last week and you can tip Anik Todd here.)

I guess someday this will be a “classic book”, and I will be lumbered with the opposite problem of how to give away all the revenues it brings. As the cynics say… “no good deed goes unpunished”!

If you liked this post from Future of Communications, then why not make some mischief by sharing it?

We are fighting an information war and I freely give away content of high quality. There is no paywall or paid subscription option. It is not funny when you’ve been censored by Audible, GetResponse, ActiveCampaign, Telegram, Patreon, Medium, Dropbox, Amazon, ConvertKit, YouTube, Twitter, and Mailchimp for your honest endeavours.

You can download my free books On Q, and Open Your Mind To Change (as censored by Amazon!). The latter is available as a (paid) audiobook too.

A compendium of my past articles is here and my best “red pill” essays are here.

Follow me on Gab (primary) or Anonup (backup). Honest social media is rare.

If you like my writing, then you may love my photo art on your wall! Visit martingeddes.gallery to buy a print, or join my art mailing list at signup.martingeddes.art.