Saturday, April 04, 2020 Aliens Techno-Magic UAP's (Unidentified Aerial Phenomena)
This is an organic craft, unmanned, that looks like a giant pool noodle. It's not cute. It's dangerous.
It can think for itself. It's an intelligent drone. This particular enemy's technology is very advanced, even beyond many other alien races.
Horseshoe UFO (Original video uploaded 7 March 2020)
From this video on Dante's channel. Footage is from 2007
It is a Maitre craft. These aliens were the ones behind the Nazi movement, amongst other things.
Do not gaze at this type of craft should you ever see it.
There are different versions which can also appear as thin loopy clouds that kind of look like a hand-written word or a long thin swirl, and look distinctly separate from surrounding clouds.
They can read your mind, so they know when you're looking at them. They can also record what they pick up from you.
They can also control your actions.
Ancients sometimes drew them as snakes, but they are not. 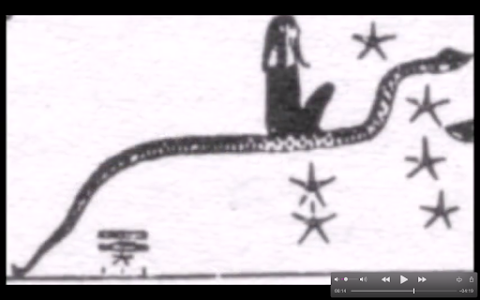