This is how I do my journaling. It's a unique process I created that I call Magical Alpha Dialogue. It reads as fiction. Enjoy. Or not. 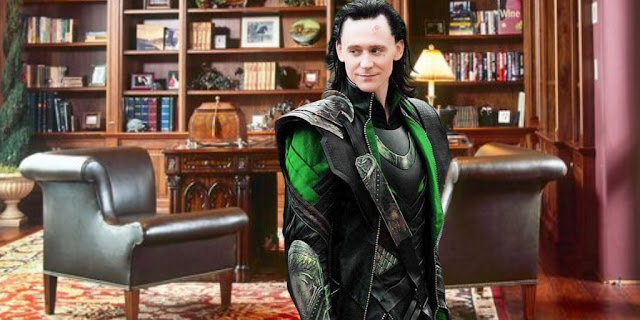 I see he is concentrating on something.

“Only because you are late.” He holds back the word ‘again’.

“I’m sorry about that. I’m happy to leave you to it. I can catch up later.” I turn to head out.

“Stop right there.” He is growling at me, more from annoyance than anger. “You will NOT be leaving. Stay. Talk with me.”

He rises and steps away from his work area that looks like a blend of alchemist's lab, recording studio, and office library while indicating to the two armchairs near the windows.  He waits for my hesitant arrival before sitting in one of them.

I feel put on the spot, unsure how to go forward from here. After sitting, I look at my clasped hands which I rest on my lap, and feel his eyes hard upon me.

“Magic girl, are you still in fear of me?” He speaks gently and holds out his hand, silently requesting mine.

“No, my lord. Not fear. I feel bad because I often seem to step wrongly with you. It makes me feel stupid and intractable. I feel that you deserve better.”

Reluctantly, I do as he asks.

He tugs at my hand so that my body follows. He guides me to sit on his lap and settles me snugly against him.

“There. This is much better, wouldn’t you agree?”

I can palpably feel his energy of acceptance and warmth wash over me. I feel safe and nourished. Thoroughly.

“Very much, my lord. I still wonder why you are so good to me.”

He smiles softly. “I’ve told you before, my love. It’s because you are so good for me. I am an extremely selfish cad.”

I smile shyly at him and play lightly with his lapel. “I seem to benefit a lot from your selfishness, my lord.”

He chuckles softly and kisses my temple.

“Now, you had a question when you arrived. I would hear it now.”

I try to recall what was on my mind when I arrived.

“Really, it was unimportant. I can answer it for myself. But I had an insight I’d like to explore with you, my lord.”

“It’s about power and linear time.”

“Sounds intriguing. Tell me of your insight.”

“First, define power for me. Tell me how you intend this word.”

He stops me in my tracks. I feel into his sudden question and proceed, feeling carefully into my thoughts.

“The way I use this word is, I guess, as the ability to get things done. The more power we have, the more we can do. The greater force we can move or resist.”

“That’s adequate, pet. Now go on with your insight.”

“Yes, my lord. So, as one’s power increases, they are able to do more within a given time period. So the key to getting most our of time – linear time – is to increase one’s power.”

“For example, say there are a couple of tasks that need to be done, but you don’t have enough time to do both. Then you’d have to choose between them. It would be an either/or situation. And that brings with it quite a bit of baggage. Like anxiety, worry that you’ve chosen the wrong one, and guilt that you’re neglecting the other. Well, for women. We don’t compartmentalise as well as men can.

“Anyway … as your power grows, you can begin to delegate or outsource the tasks you don’t have time to do. Task stacking, essentially. So the more power you have, the more tasks you can stack, fitting more and more into a fixed linear time packet. You move from an either/or situation to a this-and-this-and-this situation. Limits are only defined by how much power you have. You can keep on stacking more as your power grows.”

He looks at me intensely. “I’ve not heard it explained this way, my love. But you are essentially correct.”

“Thank you, my lord. This only recently occurred to me, and I sense there are further nuances waiting to come forward. Such as phase changes that come with having increased power.”

“I don’t know, at this stage, how to better describe it, my lord.”

“Do try. I would hear your early thoughts on this.”

“Okay … well … with the example I gave about the power and time correlation, that would probably fit for regular folk, as opposed to the established elite in the world. Or any world, for that matter, I supposed. Any of the nine realms. The rules are always different for the established elite.

“Anyway, for regular folk, as they grow their own power, through intention and the application of will … self-discipline, in other words … then other changes will also begin to take effect. In how the perceive themselves and how they conduct themselves. There’s a point of accelerated growth where their core identity begins to change.

"And these transitions from one phase to another can be quite unstable. Not only are they in the flux between two phases, but also between the various options of each phase, you know, from the most pure version to the most corrupted version.”

I pause to reflect on my rapid tumble of words. “I don’t know if I’m making much sense, my lord. I would think on this further.”

“As you wish, magic girl. But I’m quite impressed with what you have brought forward so far.”

I scramble off his lap, filled with renewed vigour.  “I’d like to begin working on my projects soon, if that’s okay with you.”

“Hmm. That’s so unlike you, my love." I can't tell if he's teasing or not. "And I certainly won’t stand in your way. Off with you, then. I will check on you later.”