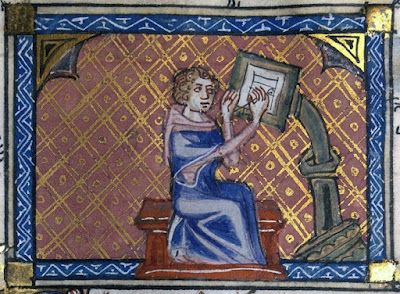 2. Pandemonium was a term invented by John Milton in Paradise Lost. It referred to a great city in Hell, and means "place of all the demons".

6. Noon comes from novem, the Latin for "ninth", and meant the ninth hour of the day – which, by the Roman reckoning, was what we now call 3pm. It's not clear why it moved by three hours.

7. Trivia comes from the plural of the Latin word trivium, meaning a place where three roads come together. Quadrivium meant a crossroads. [ ... but how did it come to mean something inconsequential? Surely this would have made for an important decision affecting one's journey? Hmmm.]

8. Treadmills were once a punishment, not gym equipment: Victorian prisoners powered a huge mill which crushed corn or rocks.

12. Moment comes from the Latin for movement – momentum – and meant the smallest weight that would move the pointer on a scale. Later it came to apply to a small amount of time, as well, and in the 13th century was defined as one-40th of an hour.

19. Girl comes from gyrle, a Middle English word meaning "child" or "youth", and applied to both sexes. In The Canterbury Tales, Chaucer talks about the "yonge gyrles of the diocise", meaning the young children of the diocese.

20. Quarantine comes from the Latin for "forty", and originally referred to Jesus's 40 days in the desert. Later it came to mean the length of time widows were allowed to stay in the home of their deceased husband, and later still a medical quarantine for ships which were feared to carry the plague.

22. Supercilious comes from the Latin for eyebrow, supercilium, which supercilious people often raise.

23. Freelancer originally referred to mercenary knights ("free lances") who would fight for any side willing to pay them. The word first appears in Sir Walter Scott's Ivanhoe.

24. Bully comes from the Dutch for "brother", and was originally a term of endearment. [I don't feel quite so bad for having been one in my childhood, then.]

28. Parasite is from the Ancient Greek for "eating beside", and referred to people who ate at someone else's table. [see the post about Words and Phrases you need to know, which contains more about the prefix 'para'.]

35. George, the name, means "earth-worker" in Ancient Greek. It derives from the same root as geographer and geologist.

46. Album comes from the Latin for "white" and used to refer to a blank tablet. [So, the Beatles' White Album is a tautology then.]