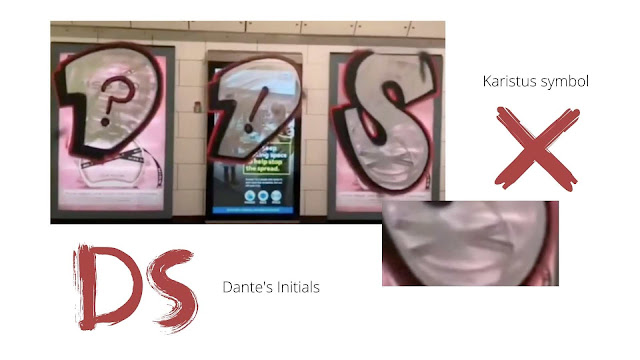 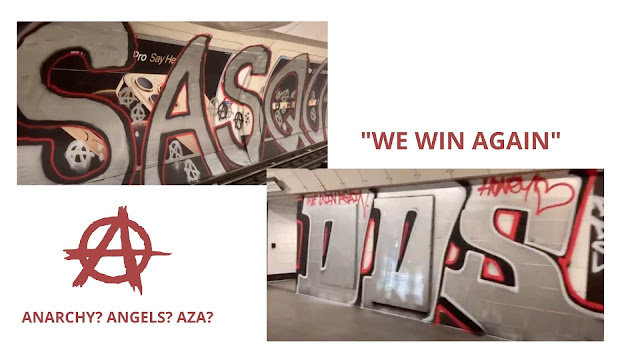 It is not clear who sprayed the words across the station or when they were put there.
However, the words were not there on Christmas Eve and were found in the afternoon on Boxing Day.
It is understood the Grenfell art and other words were not commissioned and is therefore being treated as graffiti.
Transport for London (TfL) told Sky News the incident had been referred to British Transport Police (BTP).
A BTP spokesperson said: "Officers were called to Oxford Circus Tube station this morning (26/12/20) after station staff reported extensive graffiti on the northbound Bakerloo line and northbound Victoria line platforms. Officers are investigating the incident."
[Source]

To the public, this will seem like either a graffiti attack by a group of anarchists which they will either support or condemn. But the reality is that this is an announcement, a provocation, to those who can read between the lines. To those 'in the know'.
Am I 'in the know'?
More than you, probably, because I've spent quite a bit of time in this mystery school of Angel Aliens. But not nearly close enough to know inside information. I guess you could say I know enough to be dangerous. And to be somewhat reckless with my knowing, exposing myself to the arsehole side as a possible target. Discretion over my loyalties has never been one of my qualities ... in this life.
I've learned to watch. To observe. For signs of their presence. And for your edification, if you are new to this, these are the signs contained in this signalling:
1. The trident ѱ
2. The letter X
3. The letter A
4. The number 72. Also 27.
5. The initials DS
It's quite possible there are more, for those deeper 'in the know'. But there's plenty enough for folks like me.
Learn to see, to observe. They are around us more than you'd suspect.