When I Ruled The World

Some impromptu musings on the lyrics and video

Something was behind this song that caused it to be written, and like many art pieces (I consider music to be art) there are layers of meanings. A cover or front story about the piece, and then the embedded layers meant for those who can read between the lines to varying depths.
Because the video clip features this painting by Delacroix, what you'll find when you read up about the meaning of the lyrics, is that many people are caught by its surface allusions to either the French Revolution in 1789, and that the singer is possibly identifying with King Louis XVI, or a subsequent revolution that deposed King Charles X in 1830.
What I've noticed is that DS often uses art, music and film clips to train his audience to look (or listen) more deeply.
So first a quick rumble on Delacroix's painting: The Goddess, whose name is Mariael*, is depicted as Marianne. Red, white, and blue are her signature colours. She wears a Phrygian cap, originally from old-world Balkan civilisations such as Thracia, Dacia, Phrygia & Anatolia, and which eventually became a symbol of emancipated slaves in old Rome.
Thus we have a connection to Goddess-centric civilisations before she was forced underground.
For those who may not yet be up to speed, DS asserts that they, the Karistus and their allies, are goddess followers, and that The Cause is about protecting her creations from annihilation and exploitation. Our world was created by her, and it is she who gives us life. The Goddess is not a nebulous being, but a very sentient one, from a race of creators who all create worlds and universes and galaxies.
And when I look at the film clip itself, the official version, there are lots of symbolic gestures that would indicate the good guys - pointing upward, arms raised, etc. But ... there is a large V painted in red on the singer's shirt. V is the enemy's symbol.
So one layer of meaning I get from this clip is that rulership is a battle between the two main players of overlords on this planet. The good guys who protect us from the bad guys who would ruin us. And the bad guys play dirty, so the good guys need to venture into that spiritual minefield as well in order to play defensively.
Now ... back to the song lyrics ... free-streaming ...
A strong leader who aims to do the right thing by his people is subverted by plotters and schemers from both within and beyond his own court.  Never an honest word. Between sycophants and those looking out for their own interests, it must be very hard indeed for a ruler to get objective assessments and impartial recommendations.
Another tangent of Never an honest word would be that the true purpose of instigating a rulership upon a people can never be revealed. Such as when aliens might come upon a realm of undeveloped and primitive beings, and the purpose of rulership might be to lead these beings to develop in a certain direction.
Moving on ... whatever his successes and achievements, the king in this particular song is overthrown. One minute I held the key - Next the walls were closed on me - And I discovered that my castles stand - Upon pillars of salt and pillars of sand.
Most who are new to rulership start out idealistically, unaware of hidden machinations that are already in play. Just a puppet on a lonely string. They become ensnared soon enough, hamstrung in their actions in pursuit of their visions by hidden hands disguised as bureaucrats, cash and influence suppliers, perception managers, and other agents of dissent and chaos. For a strong independent leader, this would end up as a brutal cat-and-mouse game, always trying to stay at least one step ahead of those who would try to trap you into their game.
Rulership, in the end, is an utterly thankless task, even for the strong. Oh who would ever want to be king? It can destroy, or at least damage, your soul for a long, long time by carrying the karma for all actions undertaken by necessity.  I know Saint Peter won't call my name. Rulers find themselves compromising their integrity in attempts to appease the plotters. How? He might have needed to become more ruthless in order to withstand them, or he might have had to sacrifice certain sub-groups to them, making him seen to be a betrayer of his original commitments and promises.
For the record, I don't consider democracy to be the best form of leadership for a people. It is too chaotic and tends to sink to pandering to the lowest common denominators. Personally, I am not averse to a benevolent dictatorship by someone who serves as a firm but fair father figure. 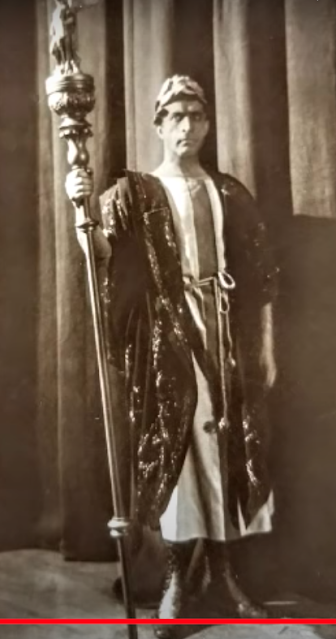 Am I being sexist? No. I'm a pragmatist. The front figurehead very much needs to be masculine because leadership is a ruthless masculine game in its essence, one not suited to a healthy feminine. It can be fatally competitive. Overly strong masculine traits in women compromise their feminine energetic, resulting in psychological compensations filled with feminine toxicity. If power corrupts, and absolute power corrupts absolutely, you can well imagine how toxic a feminine dictator would become. If you haven't read Michael Tsarion's work on Dragon Mothers, put it on your list to follow up.
But I have it on good authority that the current ruler of this world, waiting in the wings to return again, has allegiance to The Goddess, Mariel, which would temper any outright tyranny. However, he will show no mercy to predators of children and other innocents and won't be hamstrung by lawyers weaseling the fine print.
__________
* Mary, Maria, Marta are all versions of the Goddess's name. Yes, everything is connected in a cohesive narrative.