- December 09, 2020
Heaven for some ... Hell for others
SUMMARY [0005] Some exemplary embodiments of the present disclosure may use human body activity associated with a task provided to a user as a solution to“mining” challenges in cryptocurrency systems. For example, a brain wave or body heat emitted from the user when the user performs the task provided by an information or service provider, such as viewing advertisement or using certain internet services, can be used in the mining process. Instead of massive computation work required by some conventional cryptocurrency systems, data generated based on the body activity of the user can be a proof-of-work, and therefore, a user can solve the computationally difficult problem unconsciously. Accordingly, certain exemplary embodiments of the present disclosure may reduce computational energy for the mining process as well as make the mining process faster.
You can read more, much much more, by clicking on the links below, which all form part of the application documentation. 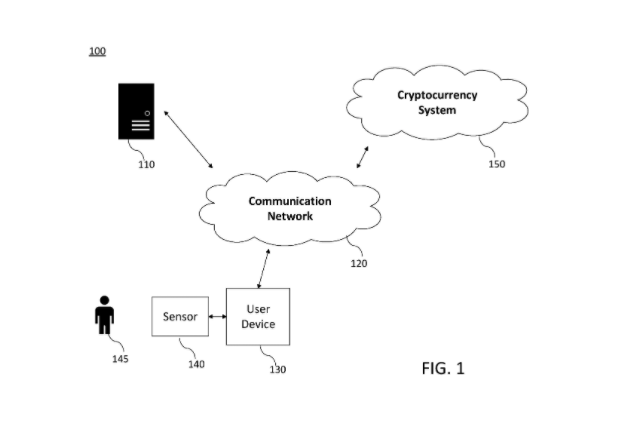 What's happening and what I'm working on [ Updated: 4 April 2021 ]  I'm an ENTP* big-picture visionary and my research and thought processes are thematically kaleidoscopic, not linear or organised. The last few weeks have felt like flowing through molasses. I've dropped the ball on my motivation. My apologies to my lair members who may not have heard from me for a few weeks.  'Tis the season of family birthdays, including my own and my late sister's, and her children's. This is everyone's first since her death. Abounding in uncertainties and trepidations about how to proceed in this new era of her absence. As the in-situ matriarch, I carry the emotional burden for keeping others buoyed despite my own melancholia. Which is why I'm going to go easy on the self-castigation and focus on building up my energy up again from the basics, including getting enough sleep and eating nutritiously.  I kept my own birthday low key as it's only two weeks bef
Read more

Here I will write what I understand about The Cause. And some cliff-notes background to it. TL:DR Choose your side! Our world was created by one of the many creator beings in all the trillions of galaxies. Our particular creator was a Goddess.  Note that the Creator Gods are an advanced race, and are not considered to be the supreme single source of life. These creator beings mix with other races, such as the Annunakene, the Kurs, and the Karistus.  Other races were here even before humanity was created. They terraformed this world, established civilisations. They came, they went. Earth has always been a stopover planet, and continues to be so. Then The Goddess created humanity. Using various technologies available to her. There were some races that disagreed with her intentions for them and have been actively undermining her vision for tens of thousands of years.  Humanity's evolution should have happened much more slowly if they had been left to thei
Read more

The Kurs are an alien race that is friendly to humanity, but can look quite frightening in their default mantid appearance. This post attempts to pull together as much information about them as I can muster. So DS uploaded this video about a week after I'd written this post. An interesting coincidence, perhaps? I'll add more images at the end of this post.  ___________ When I came across this image below, I felt compelled to keep a copy. I sense there is a lot of important information contained here, a lot of which I admit to not understanding consciously, but I find my intuition is spiking strongly. I'm not sure of the image source, but I suspect it's from a book on metaphysics from the late 1800's to the early 1900's. It reminds me of the style of illustration in some of Walter Russell's books. The feature that struck me immediately was the insectoids near the entrances of the pyramid. It was this that prompted me to save this image so I could study it mor
Read more

Foreword:    I am far from being an expert in battle science, as I suspect many of my readers would be, so consider this an exploratory foray into the landscape of battle - from quests with swords to calculated insurgencies to futuristic technologies that look almost magical. This post is a curation from various sources to help me begin to make sense of the chaos in our (mostly) digital world and why we feel so untethered.  Warfare used to be brutally simple ... combatants with weapons would meet at a time and place designated by one or both parties and fight it out until one side was subjugated to the winner's satisfaction. World War IV will NOT be fought with sticks and stones because WWIII is being fought under new rules of such stealth and infiltration that many countries and their citizens don't even realise they are under attack.  Military needs often drive the evolution of technology. The arrival of, and access to the internet may not be as god-sent as it might first app
Read more