Wednesday, March 11, 2020 Untamed Musings
Be careful when you travel a spiritual path to refine your soul. Repercussions for transgressions rise exponentially.

After decades of personal development work to raise the nobility of my character, I should have known better. But for want of a better way to express it, I felt compelled to test it. Perhaps not consciously, but the reminder was savage.

A bit of cash fudging, anomalies unnoticed until I, in my privileged and trusted position, found it. Who would miss $30 if they never realised it was there in the first place? It felt taboo just to even consider it, but the extra cash would have been most useful just at that particular time. To think that I even considered this shameful action, taking into account that I walk with gods and angels from whom nothing can be hidden, still makes me feel incredibly stupid. 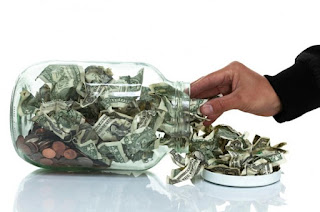 Well, karma came rapidly. Not five minutes after sequestering the cash into my own purse, I learned that my nephew crashed his car. He was unharmed but the car was a write-off. My own car had a flat-tyre so my sister couldn't drive it to the hospital to be with her son. And she misplaced her cash card.

I felt certain that it was my misaligned action that was at the heart of this sudden outburst of drama. And even though I promptly returned the cash to its rightful place, the damage to my nephew's car and to my tyre was already done. We'd have to see it all through to resolution.

Why do I tell you this if it shows me in an untrustworthy light to you, you who I would wish to teach and guide to ennoble your own character?

One of my biggest deadly sins is pride. It's largely, but not exclusively, a German thing, I think, this feeling of being  superior to others. I carry an arrogance of elitism. So to write my own cautionary tale is a humbling experience, to let you know to never put anyone, not even me, (dammit!) onto a pedestal. We are all flawed (again, dammit!).

I wish I could tell you this was years ago. But it wasn't. It was only a few short months ago.

Natural law acts swiftly when you raise your personal power. You play with more potent forces, you play on a bigger stage where butterfly actions trigger cyclones more quickly.

Do as you will, but accept full responsibility for repercussions of your actions.