Thursday, March 12, 2020 Angels Aza of Zael
Here I will share what I have learned about Dante Santori, the current human incarnate of Azazael, an immortal Karistus Warrior. Any inaccuracies are mine alone.

On first glance, Dante might seem an unlikely figure to carry such a powerful entity such as Azazael. However, don't underestimate him. He is born into Templar lineage in Portugal, and has undertaken military training. He is a scrappy fighter, and Azazael's imperious bearing shines through in his demeanour.

Dante is behind most, if not all, videos on the DS AHK Youtube Channel. The DS is Dante Santori, of course, and AHK stands for Alien Human Kind. [Update 19 Feb 2022: This channel has been terminated by youtube. The new home is The Cause 4ever channel.]

A quick comment about the videos on this channel. They are not designed for popular appeal, but to inform those who are drawn to learning the truth. They are intentionally designed to filter out those who should not be there, as the videos can be considered quite annoying in their patchwork style of repetition, sound bites, film clip snippets, jarring musical interjections, and the many teasers of unanswered questions.

However, the videos are full of layered information presented in almost hypnotic format that the subconscious can recognise. There are many breathtaking revelations about key figures and situations in history. Each video contains some tiny puzzle pieces that can be assembled only by watching them all. But even then, it is only the public picture that is allowed to be assembled. There is much more hidden in an invitation-only website. And no, I have not been invited. I am too early in my own travels down this road.

Dante is the gatekeeper for a modern Mystery School that cannot be pushed through, unless the Karistus Adepts see an exceptional candidate that they have been waiting for. But many, like me, are like warriors who have been wandering in the wilderness, who have found their home base. Our devotion to Dante and Azazael flourishes when the deep resonance of recognition of truth hits our DNA.
Some things he has shared about his current life: 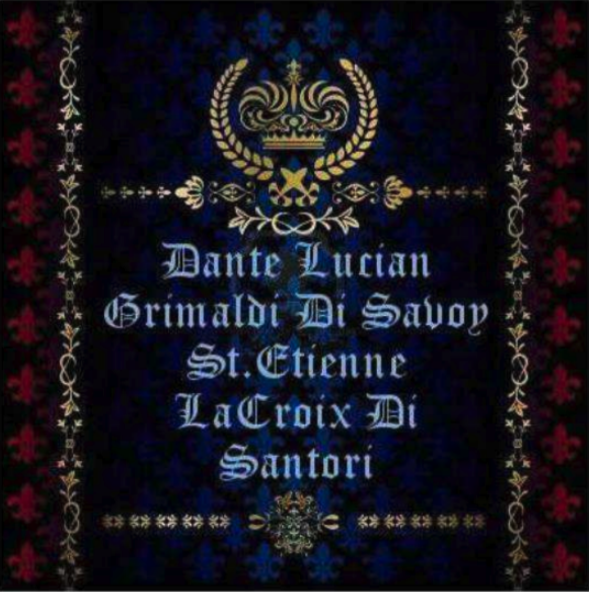