I’m thinking of an encounter I had the previous day with a trickster colleague.

He sits in an adjacent chair. He is reading updates from various realms. He lowers his device and looks at me. 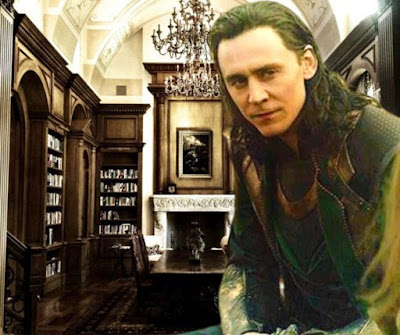 He repeats himself as I’ve lost myself in my thoughts.

“Why do people fear power?”

“I had a written exchange yesterday with one of my twitter followers who labels himself a trickster and also follows an ancient horned god as well.”

“We seemed to be going fine, I suppose, until I spoke about my desire, my hunger, for power. He didn’t grasp what I meant and told me rather quickly that I have got my focus all wrong.

“I see this happening a lot, my lord. Either I don’t communicate myself well, or it’s an alien concept to many spiritual people.

“Anyway, he felt I was either misguided or lacking, I fear.”

A tear slips from my eye. It tickles as it flows down my cheek so I wipe it away. It doesn’t escape his notice.

“What upsets you, pet? That you felt judged?”

“Not exactly, my lord. I don’t always, or often, shed a tear when people disagree with me. I feel more … disappointed.

“I had hoped we would be more on the same page. It got even worse when the conversation moved to the topic of ascension, my lord.”

He perks up, and puts his device down. He leans towards me, steepling his fingers, his elbows resting on his knees.

“I sense so much enchantment around this idea, how it is currently floating around the world at this time, my lord.”

My head feels jolted backward as an insight strikes me.

His nostrils flare and his eyes widen.

“Oh my godling wife, your perception is formidable. This pleases me greatly.”

I reorganise myself to a more assertive arrangement, straightening my legs along the length of the sofa, and rearranging pillows behind me so I sit taller.

“Within your milieu, do you mean?”

“Hmmm. Then I truly come with heresies, my lord.”

“Heresies are not only against the common beliefs, my love, but also against its main rivals.”

“It feels more dangerous to be against the rival off-shoots than against the mainstream, especially if they perceive you to be one of them. They see you then as a traitor to their cause.

“The mainstream seems almost inured against attack. But the love-and-light followers are hyper-defensive and prickly when challenged.”

I pause to feel into my thoughts.

“I need to dive into this idea more deeply, my lord. Perhaps to write it out in the form of an essay that I can put on to my site. Not just in the form of a justifying post, but an exploration of both for and against arguments, with a conclusion.”

“Don’t use this as a distraction from your other work, my love. Apply yourself to this project as you would to an academic assignment.”

“I think I’d like to assert my full set of qualifications somewhere on my site. Perhaps in the footer, I think, so it’s subtly obvious that I’m no innocent babe in the woods.”

“I’ll do this promptly, my lord. So, the challenge I have is to resolve two clashing sets of counter-paradigms to the mainstream. That of spirituality, particularly the love-and-light stuff, and that of gods, aliens, and angels.

“And I would be a flag-bearer for the second. It is the more immediate impingement on our realm.”

I pause to ponder some more.

“You know, my lord, it confuses me greatly how my trickster friend is comfortable with other realms and gods, yet leads with spirituality and ascension discussion.”

He moves to sit with me on the sofa. I move my legs closer to the backrest to make room for him. He takes my hand and looks at me with a gentle sternness.

“My love. You need to develop more finesse when you enter into such encounters.”

“You are too quick to drop your power-bomb onto them.”

“Yes. I do. That is when conversations tend to go awry. Especially with the LALA folk.”

He looks at me askance.

“It amuses me. But it won’t win over any new friends, my love.”

“Do you think I could win them over, my lord? They seem quite entrenched.”

“When you use this term in your writings, my love, do try to be as neutral as you can manage.”

“Hmmm. Retract my claws, you mean?”

“Choose your battles, godling. Don’t exhaust your ammunition too early. Be strategic.”

What's happening and what I'm working on [ Updated: 9 March 2022 ]   I'm an ENTP* big-picture visionary and my research and thought processes are thematically kaleidoscopic, not linear or organised. ~~~ Despite these increasing unstable times, I'm finding myself gliding on a current of exhilaration at the moment.  Life has been good in my local pocket of this realm.  But it's not only that ... I was born for times like this! Times of upheaval, times of  confrontation and correction of all the ways we have strayed off our highest course.  You may have noticed I'm not one for living in fear or grumbling about the state of affairs.  I often wonder if my lack of fear comes from missing certain survival brain cells. Or could it be ... that I am mad? Well ... I wouldn't change it for the world! And talking about crazy ... what's happening in our realm at the moment?  Yeah, I'm talking about the Ukraine. Do you realise that it's the current global f
Read more

So it started with an innocent query on a social media platform about whether Australia's internet was offline. I scratched around online to see what I could find. I find twitter to be a fast way to get a feel of various issues particularly from the grass-roots perspective. A quick looks indicated that it seemed to be isolated to the city of Melbourne where the protestors were active. I saw a lot of tweets claiming the internet has been cut, but most of them are unsubstantiated. So I sense that there are agitators who'd like to stir up outrage on one hand, but also a lot of censorship of the protests on the other. We're all being played from both sides ... possibly by the same puppeteer. Anyway ... one of the posts was this one ... First, people thought it was an African company based on the a FB page - https://www.facebook.com/Predator-security-company-123264685737297, prompting this response from one Tweeter Fortunately (?!) it is more likely to be THIS company ... (no i
Read more