Friday, March 27, 2020 Nordic Arcana
North Europe is infused with magical tradition. It is my heritage which is why I feature it so strongly here. I would expect you to explore your own magical heritage and feature it in your own work. Don't dilute your power by trying to be all things to all people.

I am still in grade school regarding all of this, so I'm certainly no expert. Nor do I wish to become a practitioner in this. I live, now, on almost the diagonally opposite end of the planet to my place of birth, so I cannot draw on the soil of my ancestors for knowledge. But my blood dances with power and joy whenever I open the door to this hidden, buried cache of secrets.

On this post you'll find some cut-and-paste tidbits to whet your appetite. If Norse Magic makes your blood sing, go and research according to your own destiny.

I'll also add some of my own commentary.

The first thing I want to comment on is that the way we think of as Magic is more from the realm of Vanaheim, than it is from Asgard. All the nine realms had their own magic, of course, and they cross-pollinated their knowledge. 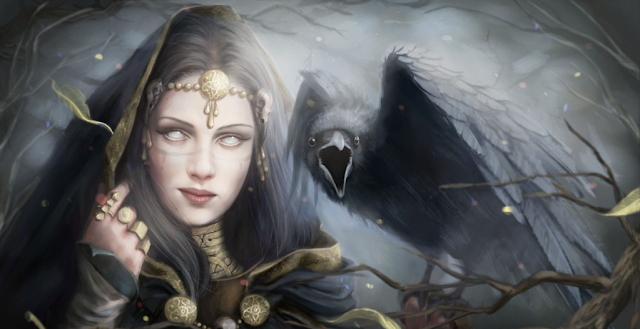 "In his book, Viking Way: Religion and War in Late Iron Age Scandinavia, archaeologist Neil Price writes: “There were seiðr rituals for divination and clairvoyance; for seeking out the hidden, both in the secrets of the mind and in physical locations; for healing the sick; for bringing good luck; for controlling the weather; for calling game animals and fish.

Importantly, it could also be used for the opposite of these things – to curse an individual or an enterprise; to blight the land and make it barren; to induce illness; to tell false futures and thus to set their recipients on a road to disaster; to injure, maim and kill, in domestic disputes and especially in battle.”
(Source)

In Old Norse, seiðr (sometimes anglicised as seidhr, seidh, seidr, seithr, seith, or seid) was a type of magic practiced in Norse society during the Late Scandinavian Iron Age. The practice of seiðr is believed to be a form of magic relating to both the telling and shaping of the future. (Wikipedia)


The Magic of Seidr - Arith Härger

And as in Jormungandr, the world serpent.

Here's an interesting academic article by Clive Tolley on Helping Spirits in Norse Magic. It talks about other forms of Norse Magic, and includes some very informative etymological links.

In the Tolley article, he mentions a common origin between Galdr and Gandr.


The Magic Staff: On Spinning And Magic 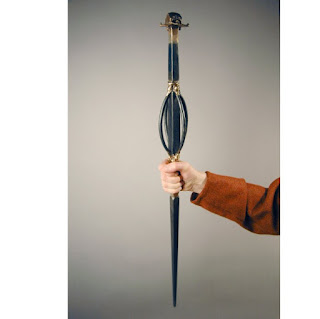 _____
There is still so much to write. But I'll release it as is for now, as there's enough to keep you all busy awhile. This isn't meant to be an academic text, but a teaser only. Follow up independently if your blood insists on it.