Thursday, March 12, 2020 Angels Aza of Zael
This post is dedicated to Azazael. I make this post as a reference to send people to when they begin to ask about him, so they can quickly grasp who he is.

I will make a separate post about Dante Santori, the current physical host of one aspect of Azazael's immortal essence.

Azazael is one of 4 Karistus Brothers who fight on behalf of humanity. Michael, Gabriel, and Daniel are the other brothers. Or, as he prefers to write their names, Michaiel, Gabraiel, and Danaiel. (Gosh, I hope I got them right!) 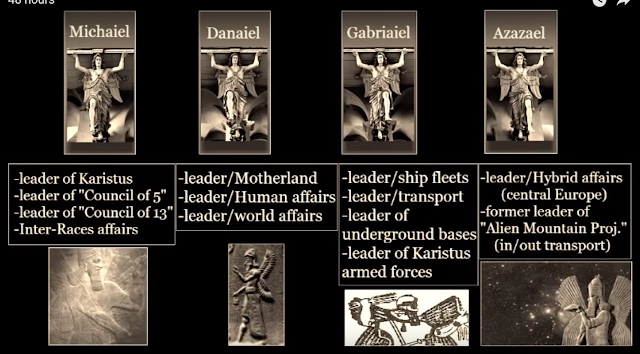 Michaiel lives mainly off-world, but visits from time to time. He is the eldest brother.

Danaiel is currently hosted in the physical form of Vladimir Putin.

Gabraiel is currently hosted in the physical form of Putin's biker friend, Night Wolves leader, Alexander Zaldostanov. Dante has show photos of himself standing with Zaldostanov, as proof of his connection. 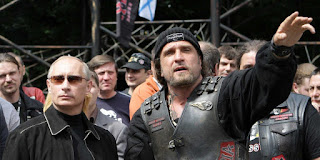 All the earth-bound brothers incarnate in human, wingless form. Their human form is mortal and can be killed. However, they incarnate again, but need to wait until their new body is 13 years old before they recall their identity and mission. In emergencies, they can co-opt an existing host body.


A note on Russia

Russia has long been a mystery, full of secrets and lost civilisations such as Tartaria. It is primarily Karistus-held territory. Politics is not just an earth-bound game. You've seen Star Wars movies, right?

Now, back to Azazael

Most people who are into Angels consider Azazael to be a dark angel. Even a fallen angel. This is a tangle of truths and half-truths, intentionally woven to discredit him. I admit that I was cautious about approaching him when I first encountered him, but I gradually learned to trust him.

He is a formidable enemy and a hard-ass military leader.

Azazael is the scape-goat angel. The one who carries the pain of others.

Now, I need to sort out exactly what the Nephilim are, but they are not as monstrous as we are taught they are. (I didn't take notes on the relevant video where he covered it, and now the details are hazy. I'll clear this up when I re-discover it.
This next section was compiled by Iona Danielson.
They are image files. 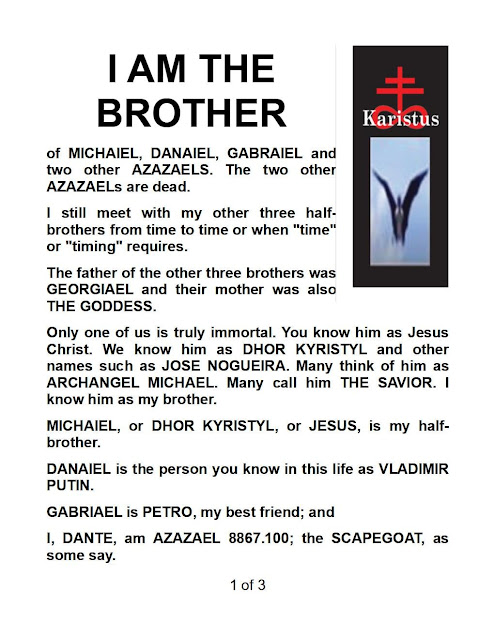 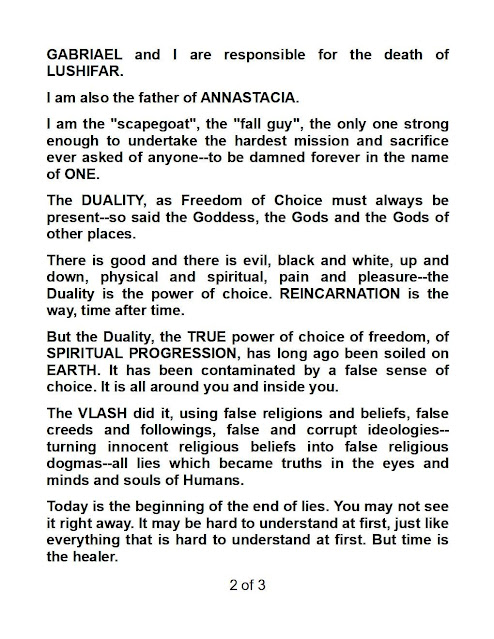 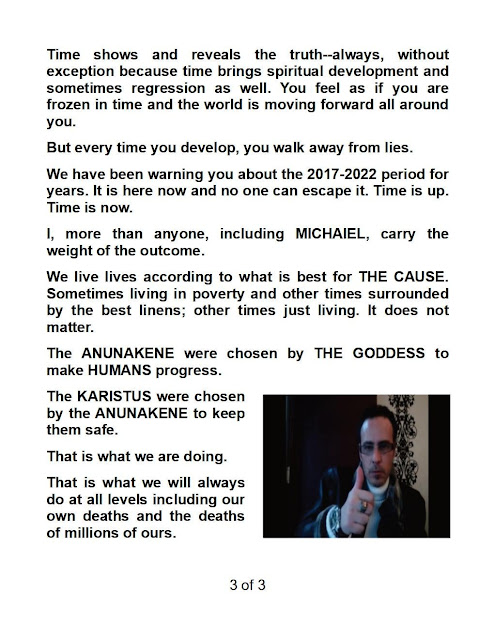