Thursday, March 12, 2020 Aza of Zael For Warriors The Cause
Here I will write what I understand about The Cause. And some cliff-notes background to it.

Our world was created by one of the many creator beings in all the trillions of galaxies. Our particular creator was a Goddess.

Note that the Creator Gods are an advanced race, and are not considered to be the supreme single source of life. These creator beings mix with other races, such as the Anunakene, the Kurs, and the Karistus.


Other races were here on this planet even before humanity was created. They terraformed this world, established civilisations. They came, they went. Earth has always been a stopover planet, and continues to be so.

Then The Goddess created humanity. Using various technologies available to her and to others of her race.

However, there were some races that disagreed with her intentions for humanity and have been actively undermining her vision for tens of thousands of years.

Humanity's evolution should have happened much more slowly if they had been left to their own devices. The Goddess sent other races to prompt development along, here and there. With the introduction of fire, for instance. And the use of weapons for hunting. Many myths, such as Prometheus, are founded in actual events.

But one species, in particular, saw how humanity could be exploited. The Vlash, or Dracos, made humanity dependent on them, treating them as slaves, and modifying them to be more more productive, more intelligent, more brutal.

To help restore a semblance of balance, The Goddess asked friendlier races to intervene. This was the beginning of agriculture and the move towards towns and cities. The tales of angels coming down to teach writing, tool-making, mining, and other leaps of knowledge to make the transition into civilisation.

The Anunakene were a race of scientists who set up base in Sumeria. They were joined by the Karistus who were the warriors to protect those under their care. Warriors with wings. 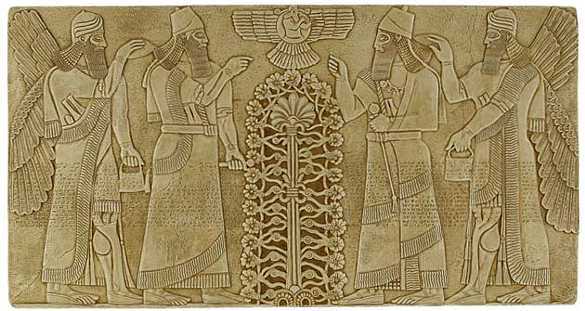 But the Vlash are nothing if not ruthless, and the war continues to this day. Not just on the earth plane, but at every level of creation, in every galaxy, in every dimension. The war is for hearts, minds, and souls, as well as for territory. This is the deep-seated Spiritual War, the war between Good and Evil, the primal essence of many myths, fables, and legends. And movies. We recognise the truth of this battle in every society, in the heart of every soul.

One side seeks suppression, control, domination. The other side seeks freedom, expansion, liberty. It's a universal, fractal theme. Because it is true.

For most of us, though, this war is invisible to us. Yet we are caught right in the middle of it. We have been shaped by those who succeeded in making us into selfish, entitled beings who only think of our own comfort and security, and are made malleable with appeals to self-interest.

And yeah, I'm looking at you, New Age movement. Such a fertile field of fakery and false gurus.

Another 11 September event
The Siege of Vienna in 1683
The Winged Hussars
were an actual cavalry unit
of Karistus hybrids.

Like many mystery schools and secret groups, there are layers and pockets of specialised task forces. The 72 are an elite squad of strategic operators who help to "make events happen" in whatever way they are required. Many key historical figures and celebrities have been part of this group at certain times, as have many ordinary folk.  However, all will be Karistus hybrids. Many beg to be chosen. Very few are selected.

The Cause is more than just a purpose or a mission, which tend to be self-serving. Personally, I found when I was trying to please just myself, I spun my wheels. My clarity was not there. I could find no real motivation to engage my skills which would just add to the noise already overfilling cyberspace. There was a major missing link that I simply could not identify. That missing link was The Cause ... an invitation elicited indirectly by Azazael / Dante ... eagerly pounced on by my thirsty soul.

It is in the context of contributing to The Cause that my Teaching Priestess role finds her fulfilment. Not for fun or for profit, not even for legacy. But in the soul-to-soul recruitment to the over-arching truth of our reality.

The Cause is not faith-based. Either you see the war, or you don't. If you see the war, you have to commit to a side. You cannot, in good conscience, let others do the fighting on your behalf.

If you are here, chances are high you are a Karistus hybrid. However, the K-essence comes in various strengths. If it is weak, you are a dreamer. If it is stronger, you may be a doer, an action taker. A Warrior.

Remember, your soul is eternal. It has to carry the weight of cowardice and lack of commitment for a long, long, long time. Humanity has been entranced by enemy indoctrination. The purpose of this site is to reach underneath it and begin to disenchant you.

FOR THE GODDESS. FOR HUMANITY. FOR LIFE.