Azazael is not who, or how, we are led to believe. His public image is controlled by those he wars against, and who happen to be those who control our mass media.

Michael Fassbender as Azazael in the Hex (2004) television series. Yum!!!!! Can't get more delicious than that! 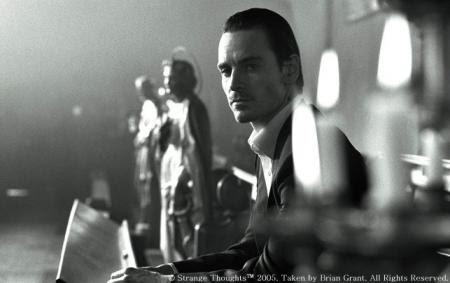 Here's a link to the first video of the series

Okay ... so in the Book of Enoch, Azazael was noted as the leader of the Nephilim. Angels who fell in love with human females.

Yep, this story needs more investigation. (Dante?! Would you return me to the video where you covered this, please. Thanks.)

Azazael is mentioned as the leader of the Grigori, the Watchers, the Nephilim. They disobeyed God's orders.

For his punishment, God threw him into the Abyss.

Now ... who else got thrown into the abyss? Or fell? Or chose to fall? Oh, that's right. Loki. It seems the abyss is a popular place. Hmmm.

There is a lot of overlapping of tales, so it's hard to know where one begins and another ends.

Here's a video by Dante outlining the doctored spinning of Azazael's reputation into that of a demon. I've posted it elsewhere but here it is again.

Should this video be taken off YouTube, here's the backup link.