Sunday, March 15, 2020 Aza of Zael For Warriors
The Military Commander of Angels, Azazael,  shared this video on his channel.  I suspect it amused him to do so.

If you're new to Azazael, THIS is HIS symbol. The Rune, Algiz. It is an ancient symbol, on many petroglyphs, hidden in many religious artworks. 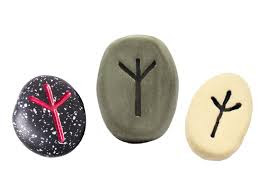 Learn to know it, if you don't already. It is important.

This pose used regularly, can add up to 20% more testosterone. Now which warrior wouldn't find that useful?


Now that you've got the pose, try holding it during SongSpells like this one.
You'll find the lyrics here.

And don't just stand still while you're combining magical elements. Move. Dance. Tap into the tribal rhythms and moves of the heritage that lives in your DNA. Just keep your arms raised above your head. And feel your Life Power rouse and move inside you.